Mikey Garcia Vs Errol Spence is set for March 16th at AT&T Stadium like it or not! Professional boxing has  17 weight classes, there are 17 weight classes for a reason. It’s because size matters. We have been down a path like this before, Canelo almost killing Khan, GGG  breaking Brook’s face, or Lomachenko making Rigondeaux quit on his stool. Fighters jumping up two weight classes, to take on a pound for pound elite doesn’t work out. Sure Adrien Broner did it and eeked out a narrow and highly controversial decision over Paulie Malignaggi, Paulie wasn’t a pound for pound elite type of guy, he was a quality champion but a killer he was no,t nor was he a natural welterweight. Roy Jones Jr accomplished the feat by dominating  John Ruiz back in 2003, but let’s be real Roy Jones Jr is a once in a lifetime generation fighter with an unmatched skilled set and unseen athleticism, and John Ruiz was…. well John Ruiz.

Mikey Garcia won his first world title back in 2013 by destroying Orlando Salido for a featherweight strap. Mikey would go on to join Pacquiao and Juan Manuel Marquez as the only fighters in history to capture major world titles at 126, 130, 135, and 140. At 140 Mikey was small, despite being able to floor and dominate Sergey Lipinets, on his way to picking up a wide UD, he was dwarfed in size by the Russian. Lipinets would be at a major size disadvantage if he were to fight Spence. So Spence and Garcia stepping in the ring will look like a giant mismatch. That’s exactly what we will get on March 16th. A great bigger man breaking down a great little man.

It will bust on PPV,  this fight is in March. In a three and a half span the American sports fan will be asked to spend $70 on Wilder/Fury another $70 or so on Pacquiao/Broner and then another $70 on this fight. That’s on top of the $200 cable bill the average American is sporting. Let’s be real Wilder/Fury is an appealing fight to the casual fan and the will fork over the money Wilder and Fury can sell the fight, Wilder has a highlight reel of knockouts to draw in the casual and it’s for the legitimate and lineal heavyweight championship of the world. That matters, that carries more luster. Plus Wilder and Fury are both bigger stars then Mikey or Errol. That’s just a statistically verifiable fact. The next month they will have Pacquiao/Broner to buy. Two of the most popular fighters and biggest draws in the US. Yes, say what you want about AB but he sells and he will sell this fight. Based on Pacquiao’s last performance and the fact that people want to see AB get beat up all means that this fight will sell. I am guessing at least 500k PPV sales, so that means the average fight fan has spent $140 bucks on two nights of boxing and two months later they are being asked to pay for a mismatch between a lightweight and a welterweight? Nah, no thanks. Most will pass. If both the Wilder/Fury & Pac/AB cards do 500k PPV sales Mikey/Spence will likely do 100-150k its just asking too much from fans. Sure the hardcore will pay it, but that only comes out to be about 150k PPV sales the casual has already had their pockets run and aren’t going to shell out anymore. 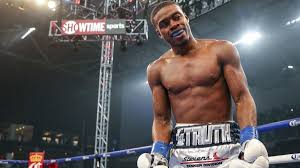 It will bust at AT&T Stadium- Jerry’s world AKA AT&T stadium holds over 100,000. Errol Spence’s last fight, which was in his home city, did about 12,000 ticket sales. Mikey Garcia’s last outing in Texas was against Lipinets at the Freeman Coliseum in San Antonio and did about 8,000. This combined is only about 20,000. Consider this Pacquiao in the middle of Pacquiao mania when he was one of the biggest names in sports period took on Margarito at the stadium it did between 50-55,000 ticket sales it was a half-filled crowd, not a great look. Margarito was a megastar among not just Mexican American fans but had a cult following for his life and death wars in fight of the year type fights with Cotto and Paul Williams, he was also a sideshow with the plaster and coming off the suspension. Both fighters were huge draws to the fight fan and casual fan. Neither Mikey nor Spence, who is from the big D carry that type of star appeal. The two of them have combined for zero PPV sales.  If this fight does 20-25,000 ticket sales its a ringing success and would be great for the American Airlines Center where the Mavs play and are off on March 7th, a fight could have been made that day. The AAC holds 20,000 for basketball so could hold probably 20-22,000 for boxing could be completely packed out as opposed to having a  3/4 empty football stadium that will give the mega fight a lackluster look and feel.

It will bust as a fight. Sure Mikey and Errol are both pound for pound elites and they are both no worse than the second best fighter in their respective weight class. However, they aren’t in the same weight class. Mikey is a lightweight, a good sized lightweight who is coming up from featherweight where he started his career. Errol is a massive welterweight who is busting at the seems to make 147, who fought in the Olympics six years ago at 152 and comes down from 170 pounds plus to make the welterweight limit. Sure Garcia is a highly skilled and technically proficient fighter with excellent pop for a 135 pounder. He will have a degree of success and perhaps win some rounds early timing Errol and tying him up. But, we all know its just a matter of time that Errol’s body attack breaks through and breaks down Mikey who will ultimately be beaten up and stopped. It’s not a knock on Mikey its a knock on the fight which will not live up to the hype and will leave the 3/4 empty crowd and hand full of pay per view buyers disappointed and less likely to buy the next one.