The rest of the sports world is getting to see the best square off with the best, Alabama just beat the breaks off of LSU, The Red Sox captured another world series, the basketball season is underway and Brady and Rodgers just went head to head. In every other sport, we get to see the best face off with the best. The best fight possible in every weight class in boxing hardly ever happens.  If we lived in a perfect world or if boxing was like every other sport we would get these fights. Instead, we have to deal with promoters and network and mandatories. The following is a list of the best possible fight in each weight class (we combined the Strawweight and JR Fly divisions because not too many of my American readers are overly familiar with these guys) Cruiserweight: Usyk Vs Andrew Tabiti- Usyk has cleaned out this division and pretty easily. There’s one top name that remains and that’s Tabiti. The Chicago native looked good in beating Fayfer and looked fantastic last year in destroying Steve Cunningham, who put Tyson Fury on the ground. This probably isn’t much of a contest Usyk probably wins at least 10 rounds but it’s all that’s left in the weight class for him.

Light Heavyweight: Dmitry Bivol Vs Adonis Stevenson- A changing of the guard, a few years back the 175-pound division was a three dog race. Now, Ward is retired, Kovalev is over the hill and Stevenson is the last remaining champ of the former three-headed monster. The division is now loaded with young talent and the best of that talent is undefeated WBA champ Dimitry Bivol. 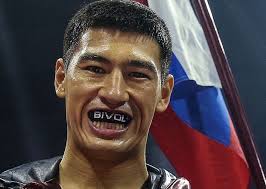 Super Middleweight: Gilberto Ramirez Vs Callum Smith- The super middleweight division is a sleeper division. It may not have the huge names at the top but it is absolutely loaded with good fighters. Callum Smith has been absolutely on a roll, winning the WBSS and capturing WBA world title, at just 28 he in his prime as is Gilberto Ramirez, Zurdo is a massively large southpaw who is a stylistic nightmare for anyone. A Ramirez-Smith unification bout is all too logical and all too intriguing of a matchup so it almost certainly won’t happen anytime soon.

Jr Middleweight: Jarrett Hurd Vs Jermell Charlo- There trash talk has already started. Hurd said he will be ringside for Charlo’s defense against Harrison in December at the Barclay’s. A unification fight between Charlo and Hurd seems likely for 2019 as both men are both under the PBC banner and both seem to be willing to fight anyone anytime. If Lara/Hurd can be made quickly so can this one! 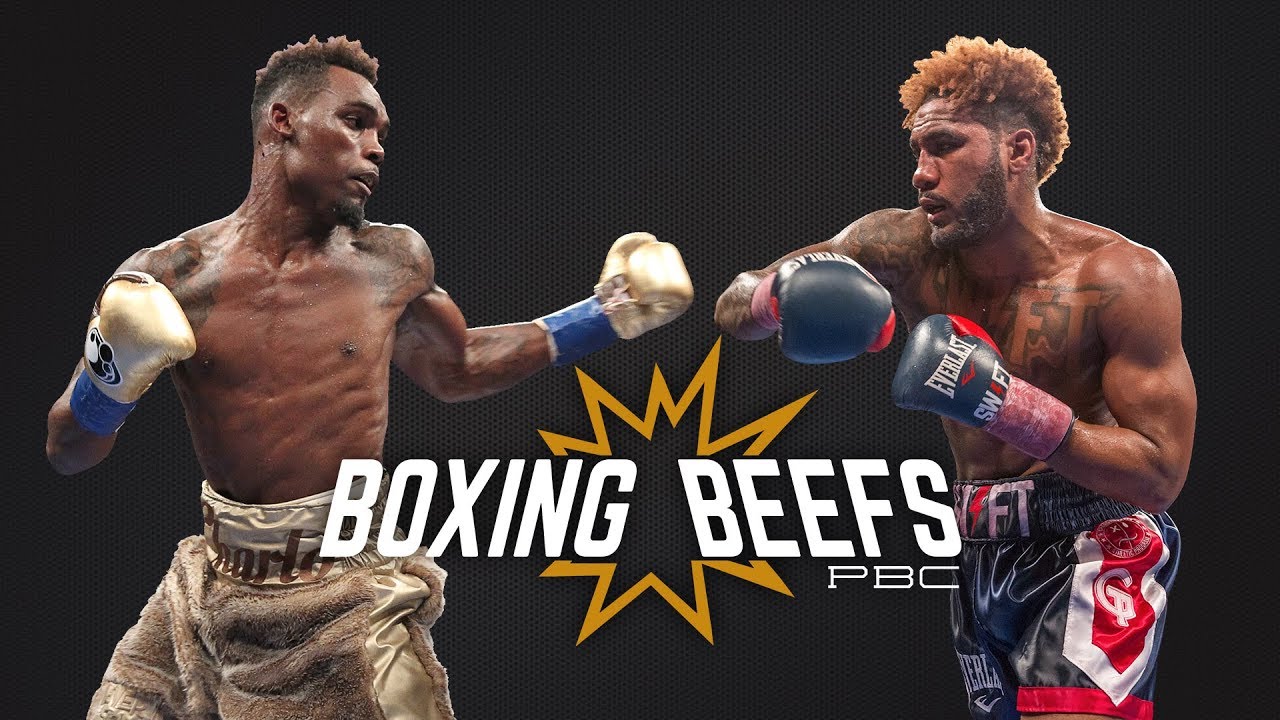 Welterweight: Terence Crawford Vs Errol Spence- The two best and biggest names in American boxing in 2019 both fighters in their absolute primes. Two pounds for pound elites who could put on an amazing scrap and captivate the sporting world. So obviously we won’t be getting this anytime soon. We projected we would get this fight at the end of 2019 let’s hope we are right. It’s not looking great.

Jr Welterweight: Regis Prograis Vs Maurice Hooker- Hooker put a lot of people on notice in outboxing Hooker, capturing a title against a Brit in England is never easy and Hooker was able to do it, dominating the action enough to get the decision over the hometown favorite. When the 140-pound WBSS there was one noticeable name missing, that was Hooker. Prograis is viewed as the boogeyman of the division and is expected to run rough shot through the WBSS. If he does succeed at doing so a unification fight with the Dallas native seems likely.

Lightweight Mikey Garcia Vs Vasyl Lomachenko- Two fo the top five P4P fighters in the world by anyone’s measure. This fight would be an amazing contrast in skills and style. How could Mikey time Loam? Can he rough him up? Is Loma’s chin suspect? could it stand up to Mikey? Could Mikey figure out the Matrix? Is Loma just way to fast for Mikey? Because of promotional issues, we probably won’t find out anytime in the foreseeable future.

Super Featherweight: Tank Davis Vs Miguel Berchelt- We recently wrote a piece on how Tank needs to get away from Floyd so that he can get fights like this. This would be brutal warfare between the two best 130-pounders in the world. It is rumored that Berchelt will fight Loma in 2019. if El Alacran is successful (don’t sleep on him) a Tank Davis fight would be essential and all that’s left at 130 for Berchelt.

Featherweight: Leo Santa Cruz Vs Gary Russell Jr – This needs to get made, it looked like it was already done on the Wilder/Fury card but never came to fruition. Russell only fights one time per year, I have no clue why, but that’s all he fights lets hope for 2019 he reaches an agreement to unify with Leo Santa Cruz! It has fight of the year, maybe fight of the decade written all over it and it’s easily makeable!

Jr Featherweight: Isaac Dogboe vs Guillermo Rigondeaux- Dogboe is king of the  122-pound division, however, Rigo is coming back and has never been beaten at that weight, not even close. Rigo vs Dogboe has all the promotional issues as many other big fights, it made it would either be a changing of the guard or a reconfirmation of Rigo’s greatness and wizardry. 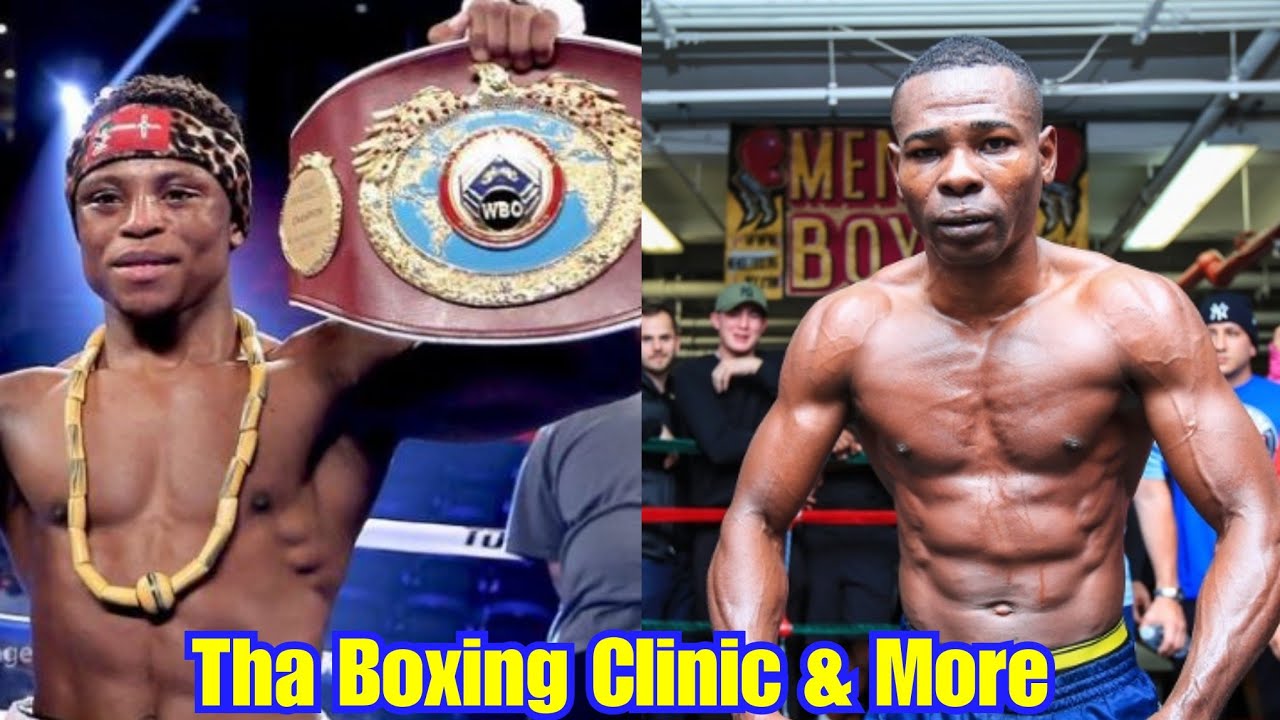 Bantamweight: Naoya Inoue Vs Ryan Burnett- This fight seemed perfectly lined up to cap of the Bantamweight WBSS tournament, and it would have been a sensational finals. However, as in life, things come up and Burnett suffered a back injury and had to retire against Donaire meaning we aren’t getting this fight anytime soon.

Super Flyweight: Srisaket Sor Rungvisai vs Kazuto Ioka- Too bad HBO never got a chance to televise this one. Rungivisa is a physical force at 115-pounds. Ioka came back after a year and a half layoff and took apart McWilliams Arroyo on HBO, with his goal being to capture a world title at 115, meaning a Rungvisai fight is likely and the end goal for both fighters.

Flyweight: Cristofer Rosales Vs Kosei Tanaka- Rosales is starting to make a name for himself amongst American fans, a difficult task to do if you don’t weigh at least 135 pounds but his stoppages of Paddy Barnes and Daigo Higa puts him on the short list of guys to compete for fighter of the year. Tanak in undefeated in just 12 pro fights but his exciting victory over Sho Kimura to capture the WBO flyweight title put him on a short list of top young fighters in the world to watch regardless of weight class. Between Tanaka and Inoue the two Japanese little guys can reinvigorate interest in the smaller weight classes here in America
Jr Flyweight/Strawweight: Ken Shiro Vs Chayaphon Moonsri- Ken Shiro is probably the best fighter the average American fight fan has never heard of or seen fight. Moonsri has gotten notoriety for compiling a 51-0 record, that “0” would almost certainly go against Shiro and possibly in devastating fashion.