In yet another loaded weekend of pugilism picking between stand out championship making performances was a nearly impossible task. Danny Jacobs finally became a world champion, a real world champion, Ivan Baranchyk and Regis Prograis put on outstanding performances in the WBSS and Kubrat Pulev defended his home turf in Bulgaria and scored a massive upset over Hughie Fury. Each and every one of them would be a strong candidate for our prized Fighter Of The Week award. However, this was certainly not a typical week, in addition to all of those masterful performances, two young emerging stars from the great fighting Island of Puerto Rico scored memorably first round knockouts. Just when Puerto Rico was in need of a megastar a crossover attraction that isn’t just a great fighter but an international superstar and PPV draw that when in his prime can sell out Madison Square Garden at the drop of hat. Well, sometimes timing is perfect, as both  130-pound titlist Alberto Machado and 140-pound super prospect Subriel Matias fit the bill. Either one deserved the title of fighter of the week, but by a whisker, we leaned towards the direction of  Subriel Matias who scored a first-round destruction over rugged veteran Fernando David Saucedo. 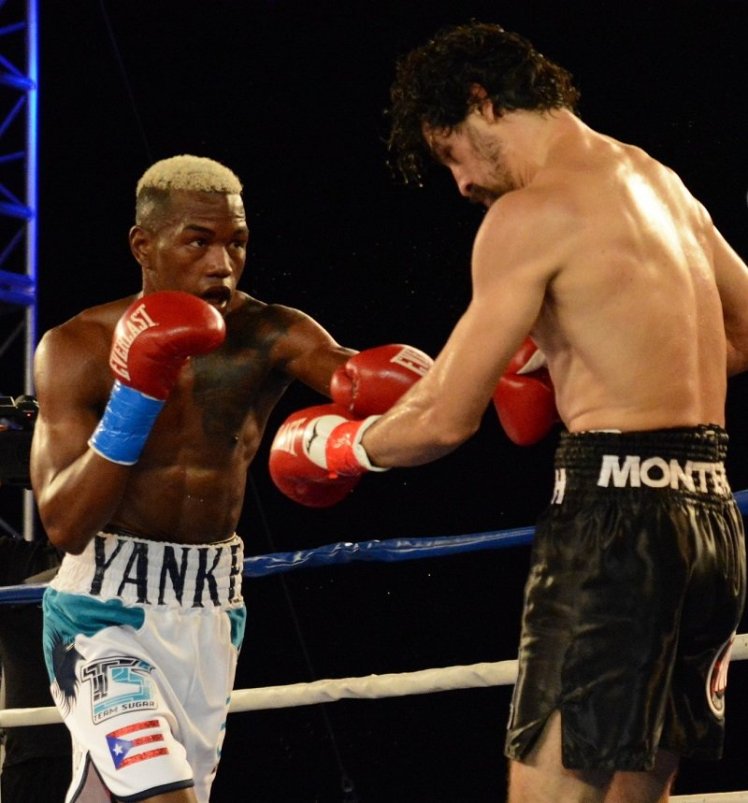 Saucedo, a tough Argentinian veteran of over 70 fights had been in the ring with world champions like Rances Barthelemy and Chris John going the distance with both men, had never been blown out in his 70+ fights in which he won an outstanding 62 of them was absolutely no match for the previously mostly unheard of Matias. Saucedo was bruised and battered all over the ring for the entire three minutes of the contest. Starting just seconds into the bout Matias landed a double jab that sent Saucedo reeling into the corner/ Matias eagerly jumped on his stunned opponent with hard right hands to the body and a hook upstairs that sent the Argentinian to the canvas. About 30 seconds after getting to his feet Saucedo has dropped again by a perfectly placed left hook to the body. Mattias switched to the southpaw stance and again dropped his opponent with a left to the body with just seconds left in the round. During the beat down, just after the second round the corner of Saucedo began climbing up the steps and jumped up on the apron to stop the beating, but changed his mind and walked back down to the corner. This is an automatic disqualification. Once the referee realized what happened, he called off the fight and DQ’d  Saucedo for his corner jumping on the apron. So strangely the beatdown was not scored a TKO and brought an end to Matias KO streak as the bout was officially ruled DQ at 3:00 minutes of the first round. 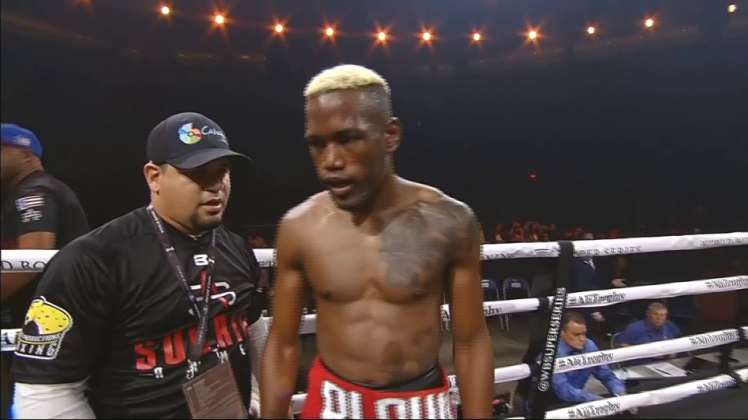 The future is exceptionally bright and likely very profitable for the 26-year old hard-hitting Puerto Rican knockout artist. The 5’10 natural southpaw has all of the gifts and fan-friendly style to be a massive draw. Mattias doesn’t fight to win, he fights to destroy and constantly stalks. As a massively large Jr welterweight it seems reasonable to think he will eventually move up to the glamours welterweight division at some point in the not too distant future. With the top jr. welterweights all tied up with the WBSS tournament there are a few options at 140, world title shots against Eddie Hearn signed WBO champion Maurice Hooker remains a top option as would a renewing of the Puerto Rico/Mexico rivalry with a showdown with  Antonio Orozco. Jose Carlos Ramirez is the other world champ in the division who isn’t involved with the WBSS tournament and will also be an option. All of this would be preparation for Mattias to gain experience to fight the winner of the tournament hopefully in 2019 and then a move perhaps to welterweight. With Mattias skill set and ability to draw it will be difficult to keep him out of a title shot for much longer especially with performances like Saturday night in New Orleans.