Jermall Charlo sat in the catbird seat for the winner of the biggest fight of the year Canelo vs GGG. Charlo was mandatory for the winner, a massive payday and a shot at the WBC middleweight were all his An opportunity Charlo earned when he first beat Jorge Sebastian Heiland back in July of 2017 which was a WBC eliminator. He was then ordered to fight Hugo Centeno Jr, The elder of the Charlo twins easily dismantled him in just two rounds. He was then in the mandatory position to play the waiting game for the winner of GGG/Canelo. Charlo (27-0, 21 KOs) should be getting a title shot against the new WBC champion Canelo Alvarez. The winner of the middleweight showdown. Instead of being given his rightful title shot, Charlo is being ordered by the WBC to defend his interim belt against Golovkin. The winner of the Charlo-Golovkin fight will then be made Canelo’s mandatory challenger.

Charlo is obviously getting a raw deal, however, it’s not all bad for the Houston native, he is giving himself a clear path to becoming the next American PPV star, something we at 3DBoxing predicted he would become a few months back. Look at it this way, Charlo is a massively talented and accomplished fighter, unfortunately, he really isn’t a big draw he hasn’t even headlined a major card. In reality, a Canelo fight against Charlo is still mainly carried by Canelo and probably wouldn’t do much bigger numbers then a hypothetical Canelo fight with say, David Lemieux. So as disheartening as it is to have to face GGG to get the title shot he has already earned. Here’s how Charlo can parlay this into becoming a megastar and PPV attraction. A Charlo/GGG fight will be a huge payday for Charlo compared to what he has made recently, getting 500k and 400k in his last two fights respectively a GGG will likely earn him multiple times those purses. If he wins and beats GGG impressively and soundly, and we would pick him to stop GGG, he will have a major win in front of a huge crowd and bug name and crossover star in GGG. That will build his star and make the now mandated Canelo/Charlo fight, waaaaaaay bigger. As Charlo would be coming off the GGG win. Putting the fight on Cinco de Mayo weekend at Minute Maid Park in Houston, Charlo’s hometown, would make that showdown the biggest fight in the sport. 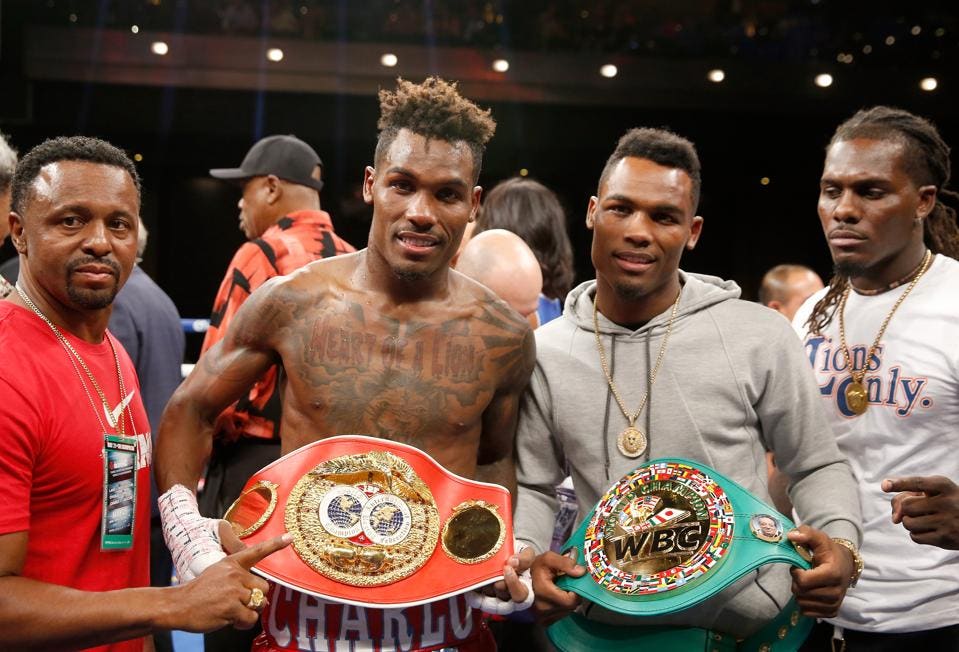 Charlo is clearly quicker fisted, more agile and athletic then Canelo. He’s the better-skilled and mobile boxer, we would also favor Charlo to win such a fight. We would pick Charlo to take hard fought but clear decision over Canelo Alvarez, you can write that down and remember that prediction. A Canelo/Charlo, Cinco de Mayo fight would be a major event in not only Texas but throughout the world. Canelo is already a proven commodity in Texas, he has done crazy numbers throughout the state. Texans will come out to support the superstar, additionally, Texans love to support Texans and this would be an opportunity to do just that. Look at the crowd that came out to support Errol Spence when he fought someone you never heard of at the Star in Frisco. If Charlo fought Canelo, the biggest name in the sport, on the biggest boxing weekend of the year, the Texans will come out to support their boy in a major way. A Canelo/Charlo fight is way bigger if Charlo is a household name, the way to have him become a household name is to have him beat down and send GGG into retirement. That is what the WBC recognizes and that is why they mandated Charlo/GGG to fight. If Charlo should beat GGG and then Canelo he will have beaten two of the biggest names not only in the division but in the entire sport including beating Canelo in front of a sold-out Minute Maid Park and around 1million PPV buys. So did the WBC shaft Charlo a bit with this mandate? Certainly!!! However, Charlo can take the raw deal and turn it into becoming a major superstar and PPV attraction all he needs to do is win.