“Cool Hand” Luke Campbell a 2012 Bantamweight Gold medalist who was primed to be a future world champion looked like he may never get there. Neither having great one punch power or world-class athleticism and despite his beautiful skill set and picture-perfect fundamentals from the southpaw stance perhaps Campbell just didn’t have enough natural ability to get to the highest mountain top in boxing. “Cool Hand” Luke took a big step in removing that doubt and perhaps put many in the crowded lightweight division on notice with his performance against Yvan Mendy on the AJ/Povetkin undercard.
Campell dropped a controversial split decision to Mendy back in late 2015. A fight that many thought he may have eeked a win out in but could have reasonably scored either way. He removed all doubt this time around and dominated the veteran over a 12 round affair that served as a final eliminator for the WBC 135-pound title.  A title that is currently held by the pound for pound elite Mikey Garcia. A Garcia/Campbell showdown would be a huge draw and payday for each in either the UK or the US. As for the actual fight on Saturday, “Cool Hand” controlled the fight with a terrific body attack, a sharp accurate jab and precise lead right hooks from his southpaw stance. It appeared to be Campbell’s best all-around performance in running his record to 19-2 (15) and becoming the WBC’s mandatory challenger. Campbell who was floored by Mendy in their first outing started cautiously but one could see him gaining confidence as the fight wore on and Cambell recognized he could outclass his opponent who failed to offer up any offense at all except for a quick burst in round 11 Campbell took a wide decision on all three cards taking it unanimously by scores of 116-112 118-111 119-109. 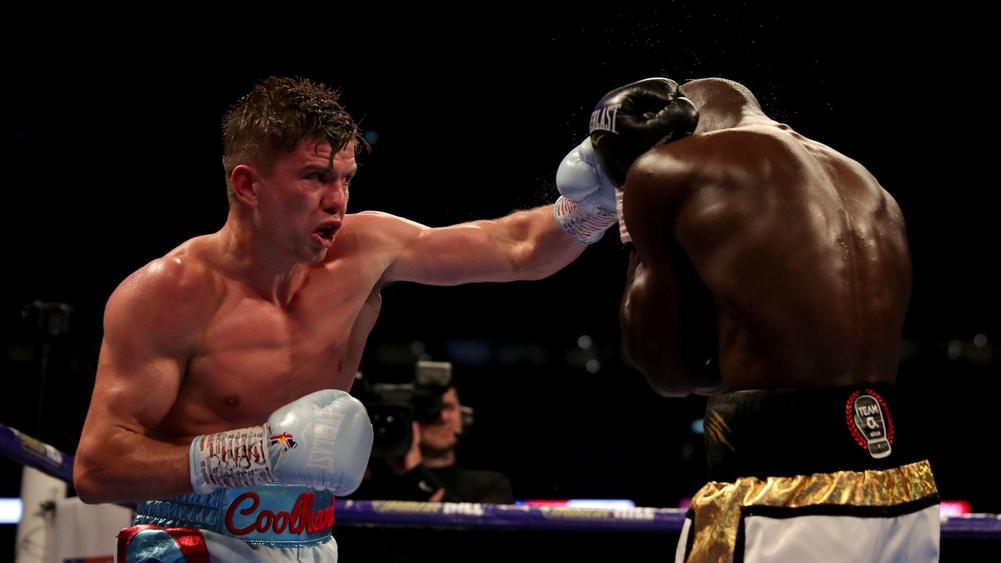 The future is bright for the former gold medalist especially coming off of such a sensational performance in addition to being the mandatory for a huge mega fight and massive payday with Mikey Garcia. The lightweight division is absolutely on fire with potential big fights, Vasyl Lomachenko who will likely be the unified WBO/WBA champ a rematch with Jorge Linares would be intriguing as would a fight with Robert Easter Jr, and an all British showdown with either veteran Ricky Burns or upstart Lewis Ritson would be interesting and highly lucrative showdowns. Due to Campbell’s style which seems tailor-made for the amateurs not the pro’s a lack of world-class power and athleticism, he may not be favored against any of the names mentioned above but based off of a performance like he put forth on Saturday at Wembley Stadium he  will make any of those names think twice about stepping in the ring with Cool Hand Luke.