This sporting weekend will at least be in the foreseeable future tied to boxing. Mexican Independence Day weekend and the sweet science are now inseparable. A tradition that we can in main part thank Oscar De La Hoya for. The Golden Boy fought Mexican icon Julio Caesar Chavez  on Mexican Independence day weekend in 1998, a rematch that really wasn’t demanded after Oscar destroyed the legend in their first meeting in 1996, gathered some luster when it was set for September 18th, a Mexican hero and the next generation the Mexican-American Golden Boy locked up on the nations historic day. The tradition was carried on intermittently until 2003 when Oscar De La Hoya who held the WBC Jr Middleweight title signed to fight WBA Champ Fernando Vargas. Two beloved Mexican-Americans who both lived in southern California, with polar opposite personalities and a strong dislike for each other. On September 14th, 2002 two beloved Jr Middleweights bruised and battered each other with bad intentions and started an annual trend that carries on until the present. 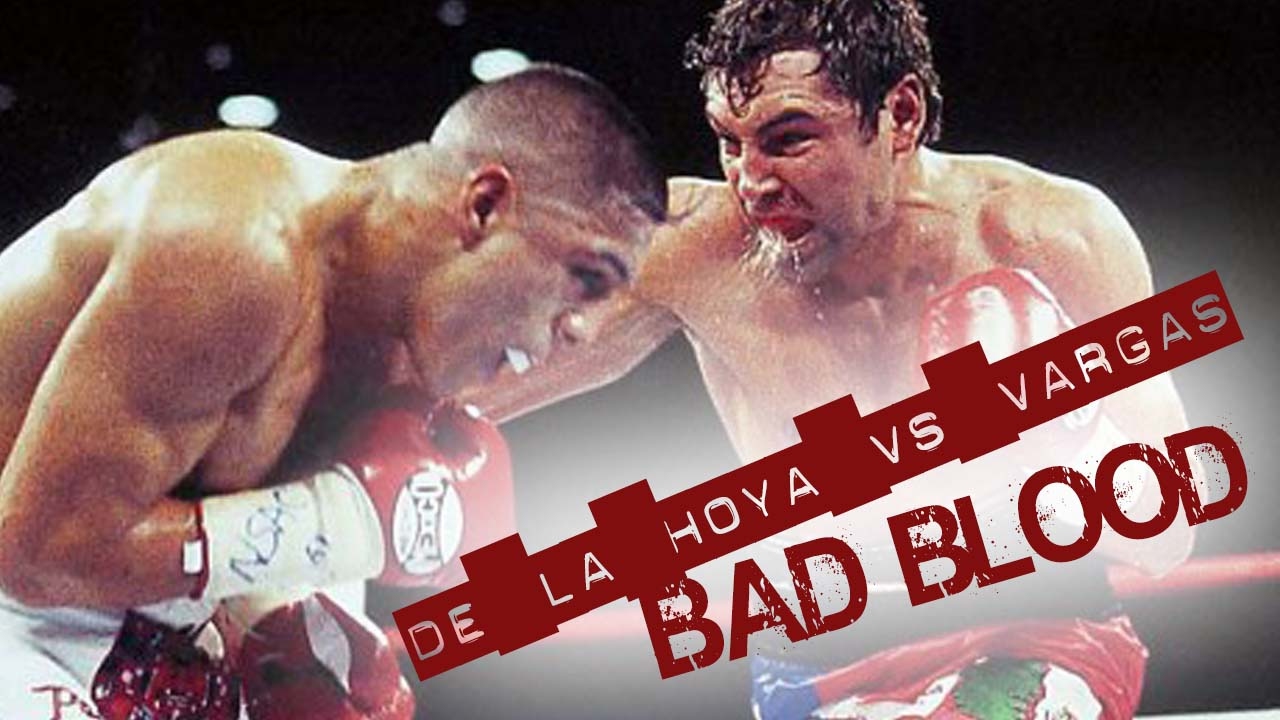 Oscar De La Hoya, boxings Golden Boy had compiled a record of 34-2, and was the biggest draw in the sport. He put together impressive consecutive victories over Arturo Gatti and then Javier Castillejo to capture the WBC strap. Rebounding nicely after his loss to Shane Mosley. Vargas, who openly hated De La Hoya and had more than a few choice words for his to be opponent. A grudge that Vargas held for nearly a decade. A grudge that started with an incident in which Vargas just 16 at the time was training at De La Hoya’s boxing camp, supposedly slipped and fell in a snowbank while jogging. When Vargas spotted De La Hoya behind him, he reached out his arm hoping for some help, but De La Hoya simply laughed and continued on, angering Vargas, who held hostile feelings ever since. It was the only fight Fernando Vargas ever wanted and it was signed for May 4th of that year, but then pushed back as Oscar sustained an injury to his hand, making the new date for the fight dubbed Bad Blood official for September 14th, Mexican Independence Day.

Vargas entered the fight of his life in the best shape of his life and was determined to seize the moment. From the opening round, both fighters fired shots with bad intentions. The first damaging one was landed by Vargas rocking De La Hoya with a short left hook. The fight was fulfilling the pre-fight hype of bad blood and big shots. Each fighter had more than a few moments through the first six rounds. A back and forth affair that was fought on pretty even terms, but if favored anyone, it was the turbocharged WBA champ who held a slight lead after the first half of the contest. De La Hoya, sensing he was fighting not on his terms but was sucked into his opponent’s fight. Switched gears in the seventh and began putting out a boxing lesson and began to school his younger foe. Oscar fired his sharp jab and bounced around using the ring frustrating Vargas and then with a minute left in the round rocking him with a left hook followed by a right hand. The trend continued in the eighth and was completely dominated by De La Hoya’s jab and straight rights. Vargas rebounded well in the ninth picking up the aggression and ripping crisp shots to Oscar’s body. The rally was short lived however De La Hoya turned up his offense in round 10 and stunned Vargas with a left hook to the head and a combination to the body just before the round ended. In the 11th round, De La Hoya continued to attack Vargas and with just over a minute gone by, sent him down with a left hook. Vargas got up and continued on, but De La Hoya continued the attack, sending Vargas into a corner and unloading a series of unanswered power shots and Vargas could do no more than cover up and wait for referee Joe Cortez to save him, which he did, at 1:48 of the 11th, giving De La Hoya the TKO victory.

A drug test that was administered post-fight revealed that Vargas had tested positive for anabolic steroids. As a result, Vargas hot with a nine-month suspension by the Nevada Commission. Vargas expressed a desire for a rematch with De La Hoya in his immediate post-fight reaction. A rematch would never happen as a date and drug testing guidelines could not be agreed on. Vargas would continue to fight for five more years but would not capture another world title dropping two highly entertaining fights to Shane Mosley and a controversial decision to Ricardo Mayorga in 2007 before hanging them up for good while still in his 20’s. Oscar went on to defend the WBA and WBC belts against Luis Campas before being dethroned by Shane Mosley for the second time. De La Hoya would go on to capture titles at 160 and once again at 154 before hanging up the gloves for good in 2008 after being stopped by Manny Pacquiao.