A simple Facebook post in a boxing group yielded a more than slightly surprising reaction. In boxing groups throughout the boxing community, fantasy fights are commonplace. Some fantasy fights are thought-provoking (Pryor Vs Pacquiao) some are silly (Wilder Vs Ali or Garb Vs Canelo) and don’t really deserve any serious thought or debate. I posted one that I thought would receive a very mixed response and instead raised the ire of an entire group with thousands of people. Terence Crawford is currently the number one pound for pound fighter, Floyd Mayweather was considered the pound for pound best fighter in the world for years and years until his retirement. Both fighters are multiple weight division champions both fought at or near the same weight, it seemed more than reasonable to ask who would win a fantasy matchup between the two.

The post was not asking who would win if the two squared off today. Floyd is 41 years old and hasn’t been in a meaningful fight in three years, we aren’t counting McGregor, and Terence Crawford is just 30 years old and at the absolute peak of his physical prime and is the best fighter in the world. A fight between the two at this point would be ridiculous as the primed Bud would dominate Mayweather at this point. The question I posed in the post was a particular version of Floyd Mayweather, the version that stopped Ricky Hatton in the 10th round in 2007 against a current version of Terence Crawford. So a 30-year-old Floyd Vs a 30-year-old Bud, who wins?

The reaction in the Facebook boxing community was one-sided, Floyd embarrasses him, schools him. Really? I suggested that Crawford COULD win, not that he definitely would but simply that it was in the realm of realistic possibilities. This set the community on fire and I was declared ridiculous. If you think Floyd wins, that’s fine. Floyd is the best fighter of his era, a once in a generation talent an amazingly gifted and skilled fighter that would give any fighter of his or any era or any era the fight of their life. All of that is accurate, however, it is also accurate of Terence Crawford. Crawford is nearly the perfect fighter a physically strong two-fisted fighter who can box and can bang, who is difficult to hit and attacks the head and body from either stance. 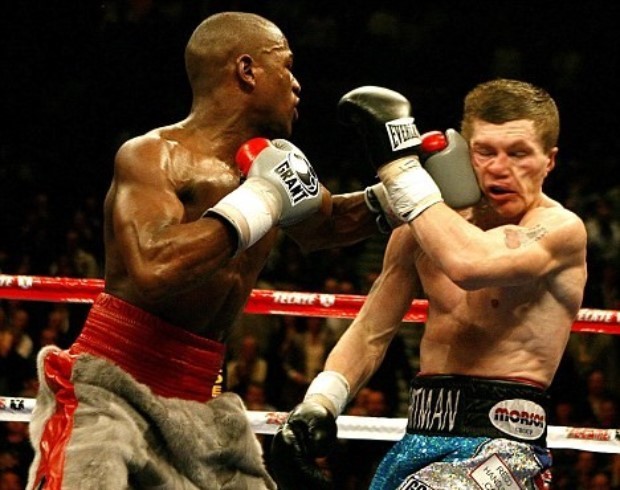 Crawford burst onto the scene back in 2013 when he filled on a short notice to take on Breidis Prescott on a televised HBO card, he filled in for Khabib Allakhverdiev and was supposed to lose, except he dominated Prescott and won basically every round and hasn’t looked back since. Crawford doesn’t just win fights he dominates them and punishes his opponent for three minutes of every round. He doesn’t lose a round! Think about when was the last time Crawford was in a fight where he lost a few rounds? It’s been a while he maybe he lost to first round to Postol and hasn’t really lost a round, not a single round, since. Not doing that against second-rate opponents either, he dd that against world level competition completely unifying one division and then winning a world title in another. Just like what we saw with Floyd was unique what we are seeing with Bud is unique. 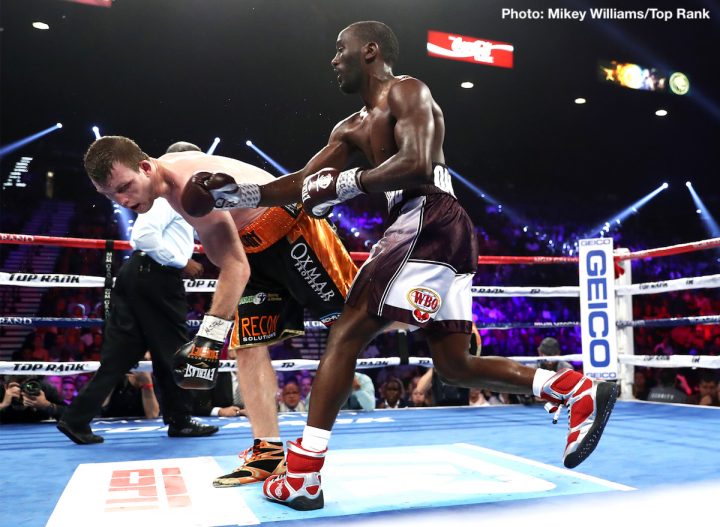 A fight between a prime Floyd and Bud would be an epic high-speed chess match between two ring geniuses. There would have to be constant adjustments and readjustments. Floyd would have to adjust to Crawford constantly changing back and forth between the orthodox and southpaw stances. He would have to adjust to the balanced attack of Crawford and adjust to Bud being the physically stronger and bigger fighter. If Crawford could stand toe to toe with a massive welterweight like Horn and tie him up and walk him around, he could certainly bully Floyd on the inside. Bud would have to make a major adjustment, not being the faster-fisted fighter, something he isn’t used to especially at 140 & 147. He would have to adjust to Floyd who despite being shorter has the longer reach. He would have to decide to attack from the southpaw stance that lines him up perfectly to eat lots of Floyd’s patented straight right hands or going back to the conventional stance and risk being outboxed from a distance by the quicker Floyd. Bud would probably have the advantage on the inside, however, Floyd had success walking down physically strong guys like Cotto for instance. Floyd would have to fight off the back foot at times and walk Bud down at times. It would be a constant clash of styles with each ring genius trying to adjust and win the battle of ring IQ. Bud is the bigger puncher and physically stronger and can switch back and forth between both stances. For these reasons, I think Crawford could pull the upset. Could being the operative word, not for sure he beats Floyd, not that he most likely beats Floyd, but simply he has the skill set to which if he executes properly COULD beat Mayweather. I am not sure why this is so controversial.