Tyson Fury has removed the final speed bump on his path to challenge for the WBC Heavyweight Title. Fury is already the rightful owner of the lineal heavyweight title but was stripped away by the various sanctioning bodies for various reasons. Fury had captured three of the four straps in 2015 when he dominated legendary Wladimir Klitschko. The one belt Fury didn’t rightfully own was the WBC belt, the green belt the most recognizable belt in the sport. That belonged to Deontay Wilder who had won it by dominating Bermane Stiverne. The two are now finally set to meet each other. The winner will have a claim on being the legitimate, lineal heavyweight champ! Sorry, Eddie Hearn and Anthony Joshua.

Tyson Fury is the man who beat the man, who beat the man, and has never been beaten. That’s a fact, the rest of his legacy and status as heavyweight champ can all be debated ad nauseam. Deontay Wilder won his title the old fashioned way, taking it off the champ, Stiverne. This will give Fury the opportunity for a recognized strap and it will give Deontay Wilder an opportunity to not just be a heavyweight titlist or belt holder but an opportunity to be the legitimate heavyweight champ. Something no American has  had a legitimate claim to since Hasim Rahman briefly held the title in 2001. That’s going on 17-years since any American has been the legitimate heavyweight champion and Rahman held the title for only 6 months or so. 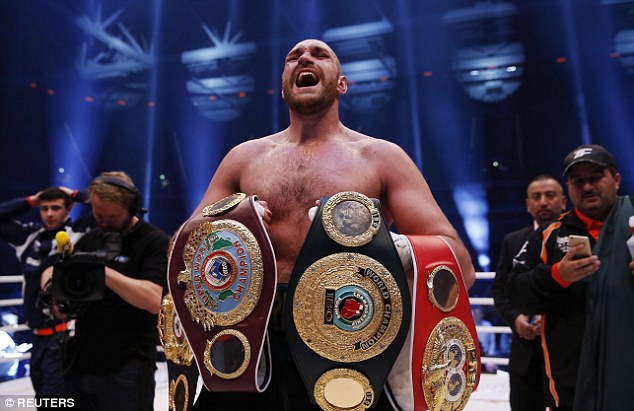 For Wilder being the legitimate heavyweight champion means many things outside of the obvious. It means he will be a PPV star he will be the face of Amerian boxing, and perhaps the most recognizable face in American sports period! When the heavyweight champ is an American, he is a mega-attraction, he is your favorite athletes, favorite athlete. Kobe Bryant, Lebron James, Derek Jeter, Odel Beckham all want to see Deontay Wilder fight. In the crowd of the most elite athletes in American sports, the heavyweight champ will always be the center of attention. It will propel the sport and give the casual sports fan who doesn’t watch boxing a reason to watch. This is what Jack Dempsey did back in the 1920’s, it is often mentioned that Babe Ruth was jealous of all the media attention that Jack Dempsey get. Joe Louis did the same thing a generation later. Muhammad Ali propelled the sport during his tenure as did Mike Tyson and then Evander Holyfield. Think about it,  Buster Douglas is the prime example of a one-hit wonder. Despite being lightly regarded,  prior to capturing heavyweight gold and only holding it for the span of a few months before being annihilated by Evander Holyfield, Douglas was featured in several commercials and had a video game named after him. Nearly thirty years later he is forgotten by no one. Why? Because he was an American who was the recognized legitimate heavyweight champion of the world. 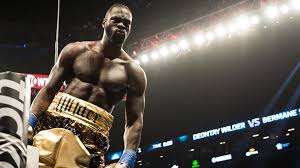 Wilder is a polarizing character, from his boisterous personality to his unusual skill set. The WBC heavyweight champ certainly has his share of adoring fans but has equally as many detractors in the both the US and UK and around the world. He is often called “Bum Squad” a play on his infamous scream of “Bomb Squad” due to the lack of high caliber names on his resume. A win, if he gets it and that’s certainly a big if, would erase all that negative criticism.  He can’t possibly be criticized for beating the unbeaten man who beat the man. It will also give Wilder a major negotiating chip if he is to go back to Hearn and Joshua for a potential unification fight. If you are an American fight fan, even if you are a Wilder hater, which is many of you, you should root for Wilder to win. When there’s a recognizable American heavyweight champ the sport thrives not just among fight fans but among casual sports fans as they now have more reason to root and watch the sport. An American heavyweight champ has always been good for the sport from Jack Dempsey to Mike Tyson and Evander Holyfield. Wilder has the personality and not to mention the one punch power to draw huge crowds but he needs to get through Tyson Fury first.