After we gushed over the performance that Carl Frampton put on in Belfast on Saturday evening at Windsor Park in Belfast, on the most recent edition of Sunday Morning Champion on the 3DBoxing podcast, and to  not give him the Fighter Of The Week but rather give it to Tyson Fury, who fought on Frampton’s undercard. Whose performance we only graded as C+/B- range may seem unreasonable. However what happened after their fights is what earned Tyson Fury and not Carl Frampton our Fighter of the Week award. Frampton’s announcement that he will be fighting Josh Warrington of Leeds, UK leads much to be desired from our perspective. In a division that features a showdown with Gary Russell Jr and a possible rubber match with Leo Santa Cruz are much more attractive options. Warrington does hold the IBF strap and is undefeated. However, he has just 6 KO’s in his 27 wins and outside of the decision he took from Lee Selby back in May the best name he has on his resume is Kiko Martinez a very close and controversial MD, which most spectators felt Martinez was the rightful winner, Martinez has been stopped by Santa Cruz, and destroyed by Frampton, twice. A Frampton/Warrington unification fight doesn’t peek much interest from the US side and looks like a one-sided mismatch considering Frampton’s most recent performance. However, Fury gave the boxing world something to look forward to and mark their calendars to. Which is why he stole the award for what he did after the fight and little to do with what he did in the fight.

It was perhaps academic but the final barrier between a Tyson Fury vs Deontay Wilder heavyweight showdown has been removed. Tyson Fury took care of business if in nothing else a clear-cut shut out a decision victory. Winning on the card of the referee 10-0. Fury dominated the overmatched Italian-born Francesco Pianeta who now fights out of Germany. Fury did not look all the way back, not at the level that he was at when he captured the heavyweight crown in 2015, but he was certainly back enough to dazzle the crowd at times. Showing off the snappy jab, slick head movement, and brilliant combination punching.  Fury dominated all 10 rounds with superior boxing, footwork, hand speed and punching accuracy. Fury looked to be much sharper and in much better condition than he did in his first comeback fight just two months ago against Sefer Seferi. The former unified champ’s stamina certainly held up throughout the night hardly breaking a sweet it seemed in a somewhat uneventful fight. Fury looked more like he was in a sparring session as opposed to his final dress rehearsal for Deontay Wilder. Fury needed the full 10 rounds and was caught clean a few times, but he did seem content with going the distance from the beginning as he wanted to get some rounds in. So no criticism from us on Fury not getting the stoppage. 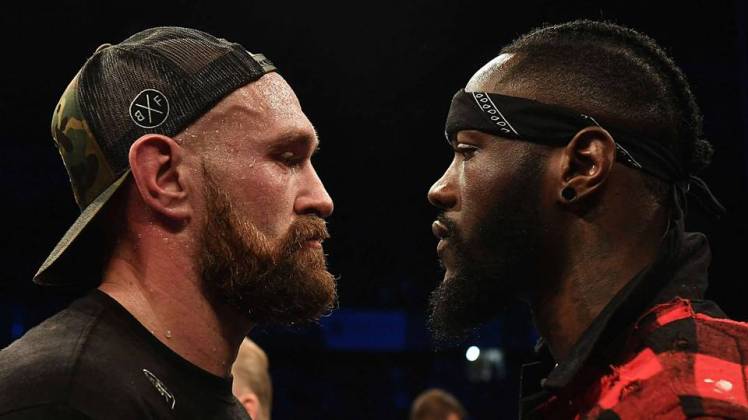 Tyson Fury is still the lineal Heavyweight champion of the world. Despite haven only beaten Sefer Sefari and now Francesco Pianeta in the three years since taking the title from Wlad Klitschko, he remains unbeaten. Thus he is still the unbeaten man who beat the man who beat the man. Deontay Wilder is the current WBC titleholder. This matchup will sort of establish a legitimate heavyweight champion of the world. You have a showdown between the lineal champ against the rightful owner of the green belt, the most recognizable belt in the boxing world, the WBC belt. Whoever wins, either Wilder or Fury, he will have a legitimate claim to be recognized as the legitimate heavyweight champion of the world. A statement that we haven’t been able to utter the past few years. That’s what Fury guaranteed us one way or another when he took care of business in Belfast against Pianeta.