Eddie Hearn is taking a massive gamble. The trust fund baby who built up his father’s company to what it is today, the quintessential British promotional company and one of the premier promotional outfits anywhere in the boxing world. This was all accomplished before Hearn revealed boxing’s first ever $1b deal as Matchroom and his streaming network called DAZN set to head across the pond and take on America. 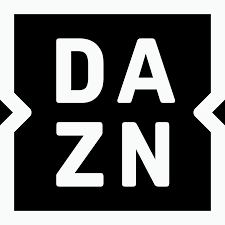 If Hearn can do so and seize control of the American fight game as he has in the UK, it would be a unique situation in which one promoter would largely control the means of production in the boxing world. Matchroom will air 16 shows in the US which will stream exclusively on DAZN, additional UK shows will also be aired. The plan is in place and if executed Hearn could likely become the most powerful promoter in the history of the sport.

Hearn’s plan to take on the US Boxing scene does not come without enormous risk. The DAZN package comes with a $10 per month tag attached to it. That comes with a 30-day free trial. Which, obviously can be canceled and renewed time and time again. One can sign up with a secondary or tertiary email account and cancel immediately after the fight. The average American pays over $100 a month in cable bills, average internet/cable bills for the average American is approaching $200 bucks. This is probably much higher for fight fans. If boxing fans want to keep up to date, they need to pay for not only ESPN but Showtime & HBO. Hardcore’s also need things like Bounce and BeIn Sports, plus another charge for the ESPN+ app. On top of all that Americans typically pay about $69.95 or more for pay-per-view events. So consider this, the American fight fan will have the pay about $200 for internet and cable to keep up with boxing and with the bombardment of super fights to take place at the tail end of the year, an additional 70ish bucks for Canelo/GGG in September, another 70 or so bucks in November for Wilder/Fury and another 70 bucks for Spence/Garcia in December plus the additional charge for the ESPN+ app is pushing the total cable/internet bill to almost $300 a month. At a certain point, American fight fans are going to have to decide when enough is enough? Well Showtime and HBO offer premier fights and additional options the ESPN+ app is half the price and offers the same amount of fights. Well if something’s gotta give, whats going to go first? Likely DAZN. That is unless they are offering an amazing product, amazing fights. let’s look at that first card?

Jessie Vargas will fight Thomas Dulorme is the main event of the first card in early-October, not exactly can’t miss TV and has zero, ZERO, ZILCH, appeal to the casual fan. If this was on HBO or Showtime as part of your bill it would bomb.  Having to pay an extra $10 bucks for this, during football season, no way the casual is watching this, no sho. I’ll watch the Notre Dame or Texas or USC game I am not paying $10 bucks for Vargas Vs Dulorme. It’s a B+ fighter verse an opponent level fighter. What does this do for anyone? It will be on against the MLB playoffs and the middle of the college football season. No one besides the hardcore types reading this article is going to watch. Face facts, the boxing audience for that fight is extremely niche. In addition to Baseballs playoff this fight will be up against the famed Red River Shootout game Texas Vs Oklahoma, LSU Vs Florida and Florida St Vs Miami. Obviously, this will cost a large number of viewers Football trumps boxing. Sorry, Eddie.

Eddie Hearn told Nestor Gibbs from Tha Boxing Voice that he plans to overpay when it comes to purse bids. This seems to be Hearn’s strategy, he simply outbid Top Rank to sign “Mighty Mo” Maurice Hooker. A good young fighter with a nice skill set, who isn’t a draw in the US. He isn’t even a draw in his hometown of Dallas, Texas like  Errol Spence is. Hooker has never headlined any major card, is relatively unknown outside of boxing enthusiasts and without entering the WBSS 140-Pound tourney is without a big money fight. No Terry Flanagan rematch, no Regis Prograis no Josh Taylor. So what doesHooker have next? A mandatory against Alex Saucedo, a fight that will likely go to purse bids. This is hardly a main event and Hearn bragged about how he was going to outspend Bob Arum and Top Rank for a Hooker/Saucedo matchup? This is what gets Eddie excited? Sure it could sell ok in Texas. Hooker is from Dallas and Saucedo’s from Oklahoma.  So you could set it up as a homecoming for Hooker and bring in fans from each fighter. However, this is a one-sided mismatch between two guys without a natural fan base. This is what Hearn is betting on? This is what he wants to overpay for? This seems like reckless spending. The same kind of reckless spending that sent Allan Houston to the Knicks and Alex Rodriguez to the Rangers for massive record paydays that set each franchise backs for years and years. This seems like a direct root to economic disaster, but this is his blueprint.  Hearn went on to say “Purse bids are going to be huge for us” so you are going to overpay for uninteresting mandatory defenses? This is his great plan to conquer the US market?

The boxing demographic is still kind of old, especially compared to football and basketball, streaming may not but the best option. Want to see how this kind of menial fights do on live streams? Look no further than last night, Facebook obviously a much more popular, much larger platform then DAZN with more users had a live stream of the Jo Jo Diaz fight. An entertaining, competitive fight between a former Olympian and a mostly unknown. Don’s look at the total views, because everytime you refreshed or signed back in you count as a NEW live view. Look at the number watching live. it was typically between 40-50 thousand.

Eddie Hearn said “HBO and Showtime are the two major players over here, and that is a bigger annual budget than they have put together. It’s the biggest deal in boxing history.” DAZN is hoping to emerge as ‘the Netflix of sport’ have huge plans to take over America too. “Probably six months ago we had a meeting with DAZN and they told us about their launch in America,” he said. “That was straight away appealing but then they said 16 shows and one billion dollars split across eight years. That’s nine figures – I’ve always wanted to say that – every year.” So Hearn is launching the biggest deal in American boxing history, without a single proven US draw or any of the biggest names in US boxing and he simply plans on overpaying for fights that have minimal casual interest. I love boxing and want it to be carried on as many platforms as possible, however, the likelihood of Hearns gamble paying off is slim to none.