Another loaded week with more superstar performances. The masters of the sweet science are making it very difficult for us to pick just one Fighter of The Week. When we are wrong we acknowledge we are wrong when someone far surpasses our expectations we are fine with admitting that. So we can kill two birds with one stone here. Heavyweight prospect Dillian Whyte put on an excellent performance and far surpassed our expectations and earned our Fighter of The Weel. We picked Parker to win a fairly wide decision, to outbox Whyte and outclass him. Well, we couldn’t have been more wrong if we tried. Whyte put on a masterful performance in handing the New Zealander his second consecutive loss in the UK.

Whyte was able to get on the inside and beat Parker up in close range. Whyte dropped the former champions twice once in the second round and later on in the ninth. Whyte, who is known as the Body Snatcher was clearly the bigger man outweighing Parker by more than 16 pounds. The smaller Parker seemed to be jabbing and boxing himself back into the fight in the seventh round which was perhaps his best round up to that point. Whyte regrouped in the eighth and seized control of the fight behind his jab. By the ninth round, Whyte had picked up the pace and dropped Parker with an uppercut that put the fight seemingly out of reach on points for Parker. Needing a knockout to win the former champ would look to get just that and in the 12th round. Parker came out looking for the knockout, and two tired fighters flung punches across the ring and Parker dropped the Londoner. However, the tough Brit was able to get to his feet and run out the clock113-112, 115-110, 114-111 victory that keeps him in the picture for a rematch with the world champion, Anthony Joshua. 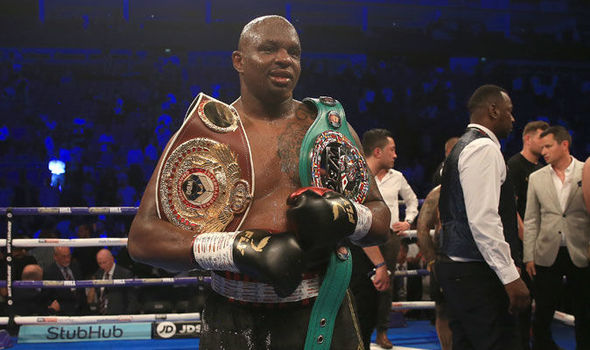 The path looks fairly clear for Dillian Whyte a world title fight is on the immediate horizon it would appear. Eddie Hearn may try to sell Deontay Wilder on the idea of fighting Whyte with some of his newfound DAZN money, but those attempts will likely be fruitless. Whyte is in line for a rematch with Anthony Joshua. The two fought back in late 2015. It was a very competitive fight which Whyte had AJ hard pretty badly. Joshua eventually rallied back to stop Whyte in what was a very entertaining fight. Whyte may have to take a fight in the interim against Manuel Charr in December. Despite holding some version of the WBA strap Charr, who has lost every one of his step up fights will likely be little more than a tune-up for Whyte