Big D, Dallas, Texas has long been known for producing the best football players in the world. It has long been the number one place for gridiron talent. While that is certainly still the case, Dallas is now doing to the boxing scene what it has been doing to the football world for decades. Producing the best talent in the sport, producing more talent per capita than anywhere in the country. This was on full display Saturday night in the Belasco Theatre in Los Angeles as Vergil Ortiz put on another masterful performance in taking apart former world champion Juan Carlos Salgado. Salgado who owns victories over not just Jorge Linares but also Takashi Uchiyama, Argenis Mendez and Jonathan Victor Barros was no match for the Texas tough prospect. The 20-year-old ran his record to a perfect 10-0 (10) with a perfectly placed body shot that rivals what we saw two weeks ago at the Star in Frisco when Errol Spence stopped Carlos Ocampo. Ortiz has improved his record against an increasing level of opposition and looks to be on his way to a world title shot as early as 2019. Ortiz who currently fights at the 140-pound division which also has a Dallas based world champion could also make the lightweight limit of 135 if he needed to. Just a few months removed from his teenage years and standing at 5’10, it figures Ortiz will blossom into a full grown welterweight in the not so distant future a division that is, oh, by the way also currently ran by a Dallas Texan. 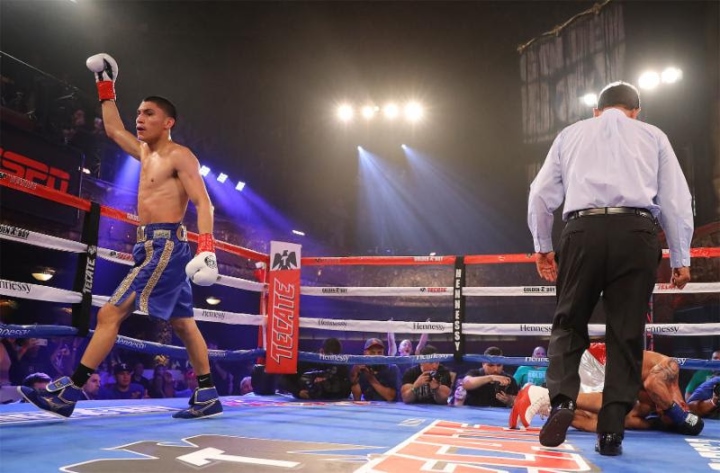 The best known and most regarded of the Dallas fighter is obviously Errol Spence who has put the 2-1-4- on the boxing map, is quickly moving up the ranks on a pound for pound lists everywhere. In addition to the IBF 147 pound strap, Errol Spence is regarded as the worlds best welterweight, most feared fighter, the future face of American boxing and the most wanted free agent in the sport as Oscar De La Hoya is pursuing him as if he is the prom queen. The future for Spence jr is unbelievably bright, he is the Lone star States brightest star and as bright as “The Truths” star is shinning the Dallas Texas boxing star is shining equally as bright. 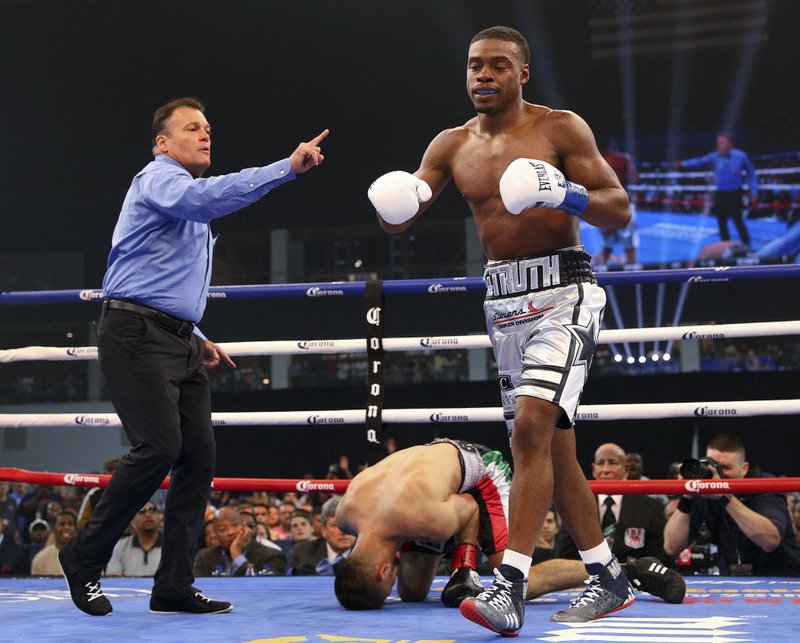 140-pound WBO champ “Mighty MO” Maurice Hooker struck Jr Welterweight gold by shocking “Turbo” Terry Flanagan in Flanagan’s own backyard in what may be the upset of the year so far in 2018. Hooker is a product of the famed Maple Avenue Boxing Gym in Dallas and was much overlooked after a disappointing draw against Darleys Perez on the Andre Ward/Sergey Kovalev I card about a year and a half ago. Following the controversial draw which many thought he lost and was lucky to get a draw in Mighty MO put together two more wins over mediocre opposition in veteran Cristbol Cruz and unbeaten prospect Courtney Jackson none of that really washed away the bad taste thar was left in the mouth of fight fans after the unimpressive Perez performance on the huge stage and none of that prepared Hooker for what he was going to face against Turbo Terry who is a master pressure fighter who was regarded as perhaps the best and most avoided 135 pounder in the world when he vacated the WBO’s version of the lightweight title. Deciding to move up and challenge for the organizations 140-pound strap. Hooker was able to use his reach and speed advantage to prevent Flanagan from getting on the inside and keeping him uncomfortable enough to pull the massive upset and set himself up for big paydays and mega fights at the 140-pound division. 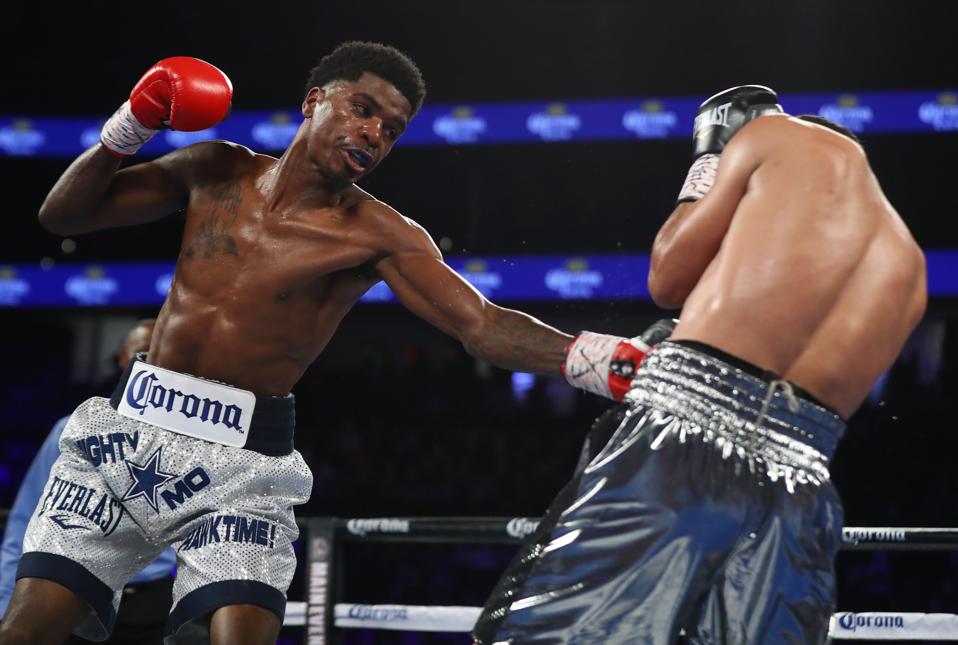 In addition to the two world Champions that call Dallas, Texas home and Vergil Ortiz who may be the best young American prospect in the sport, the city is putting out countless other elite prospects Including fellow Golden Boy Prospect Alex Rincon who ran his record to a perfect 4-0 (4) on the Diego De La Hoya Vs Jose Salgado undercard in Verona NY on ESPN, Rincon from a terrific Texas fighting family is a 6’2 and highly athletic 154-ponder. Alejandro “Pork Chop” Guerrero who fought Ortiz four times in the amateurs going 2-2 against the mega-prospect is currently trained by Robert Garcia and the comparisons to the 135 pound Bam Bam Brandon Rios is striking. Pork Chop has tremendous punching power, he sits down on his punches perfectly and is constantly coming forward, this was on full display on the Spence/Ocampo undercard in Frisco, Guerrero ran his record to 9-0 (7) by destroying formerly unbeaten David Fabela. Featherweight prospect Ray Ximinez is perhaps the next Dallas based fighter to get a shot at a world title. The switch-hitting Texan carries all-world speed and athleticism and underrated power. He is 17-1 and his only defeat is a very controversial loss if not outright robbery to Top Ranks favorite prospect Christopher Diaz in Puerto Rico. The Puerto Rican native got more than a questionable decision and seemingly wants nothing to do with a rematch on neutral territory and for good reason. Ximenez is signed with Roy Jones Jr Promotions and is their brightest star. He has already headlined nationally televised cards. 10-0 (2) Super Flyweight prospect Ernesto Delgadillo is the quintessential Mexican-American fighter, a short stocky relentless come forward fighter, Delgadillo has already captured some quality scalps to put on his resume beating Juan Leija in his second pro fights and taking out Bryan Aquino and Oscar Mojica in his last two fights,