The middleweight division is starting to take form, thanks not only to the IBF for stripping cherry-picking champion Gennady Golovkin. WBC president Mauricio Suliman also told team G that he had to fight Canelo or he was going to have to fight Jermall Charlo or be stripped, not wanting any of that smoke, and facing the reality of being stripped  again, all of a sudden a Canelo fight which was dead in the water was all of a sudden rejuvenated. On top of that the IBF mandatory Sergiy Derevyanchenko will likely be fighting Daniel Jacobs for the IBF strap, that cherry picking GGG was stripped of, because he wanted to take a fight against a small dude that was coming off of a 2-year layoff and a loss. The IBF refused to sanction it, GGG took the fight anyway and was given 90 days to fight Derevyanchenko and in typically cherry-picking fashion opted to take no part of that. 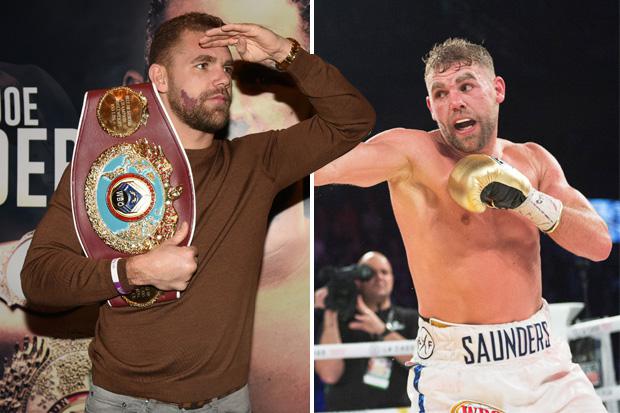 We now have two excellent 160-pound fights that are set to take place over the next few months.  It also leaves perhaps the best fighter in the division, former Jr Middleweight champ, Jermall Charlo, waiting in the weeds as the mandatory for the WBC. Charlo is next in line for a super fight with the Canelo/GGG winner. So that takes Jacobs, Derevyanchenko, Charlo, GGG, and Canelo out of the picture for the foreseeable future. The middleweight division is in excellent shape. Except there’s one top middleweight with nothing on the docket. None of the top middleweights seem to be interested in fighting Billy Joe Saunders for the WBO strap. Not a surprise, at 3DBoxing, we called this and said that none of the top 160 pounders were going to jump at the opportunity at fighting BJS, especially after the way he embarrassed David Lemieux. Superb Saunders is a master boxer without a huge following. That makes him a double loser in the eyes of the rest of the 160-pound division. You aren’t going to get a career-high payday and you probably aren’t going to beat him and even if say Canelo was fortunate enough to get a Canelo type decision against him you are going to look terrible in doing so. Saunders is in much the same position Erislandy Lara was in the past few years until Jarrett Hurd agreed to fight him. No one wants to fight you because you are impossible to look good against and it doesn’t bring a ton of money either. So like Lara was for years, fighting BJS doesn’t seem to be worth the risk. The juice isn’t worth the squeeze. Billy Joe took a stay busy fight with Martin Murray and then pulled out with a highly questionable injury as he was still negotiating with GGG at the time he was too “injured” to fight Murray. BJS lost that an opportunity to fight GGG when the GGG/Canelo rematch was announced. Martin Murray decided to move on and take a fight with Roberto Garcia. So what is the WBO champion to do? No one wants that smoke, not any of the top contenders nor the belt holders? Below is a list of the top five fights for Billy Joe Saunders to take next. 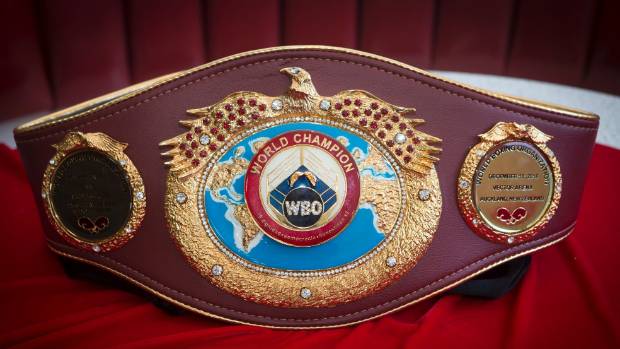 Demetrius Andrade- Andrade is the other best fighter that is available. he is in a similar boat to BJS. Andrade is a highly regarded former 154-pound champion who was unable to get big money fights at Jr middle and is now having similar difficulties at middle. Andrade, a former Olympian is highly skilled and has put together a laundry list of solid wins over B/B+ level fighters such as Vanes Martirosyan, Brian Rose, Willie Nelson and Jack Culcay, but it looking for an elite name on his resume, as is Saunders. This fight gives both fighters an opportunity to put a top-notch name on their resume and collect a pretty good payday. The fight would be relatively easy to make and have a natural home on HBO. Boo Boo is also the #1 ranked contender for Superb’s WBO strap so it will meet that requirement as well.

Ryota Murata- This could potentially be a massive payday for BJS. Saunders was willing to fight GGG in Kazakhstan. If he is able to get this fight, he should fly to Japan and make it. Top Rank, for some reason, is in love with Murata and would love to give him a crack at a world class fighter like BJS. Murata holds a version of the WBA but is overlooked in a crowded 160 division. For Saunders, he could box circles around the Japanese foe. In theory, he could do what he did to Lemieux to Murata and collect a massive payday while getting another solid scalp on his resume. 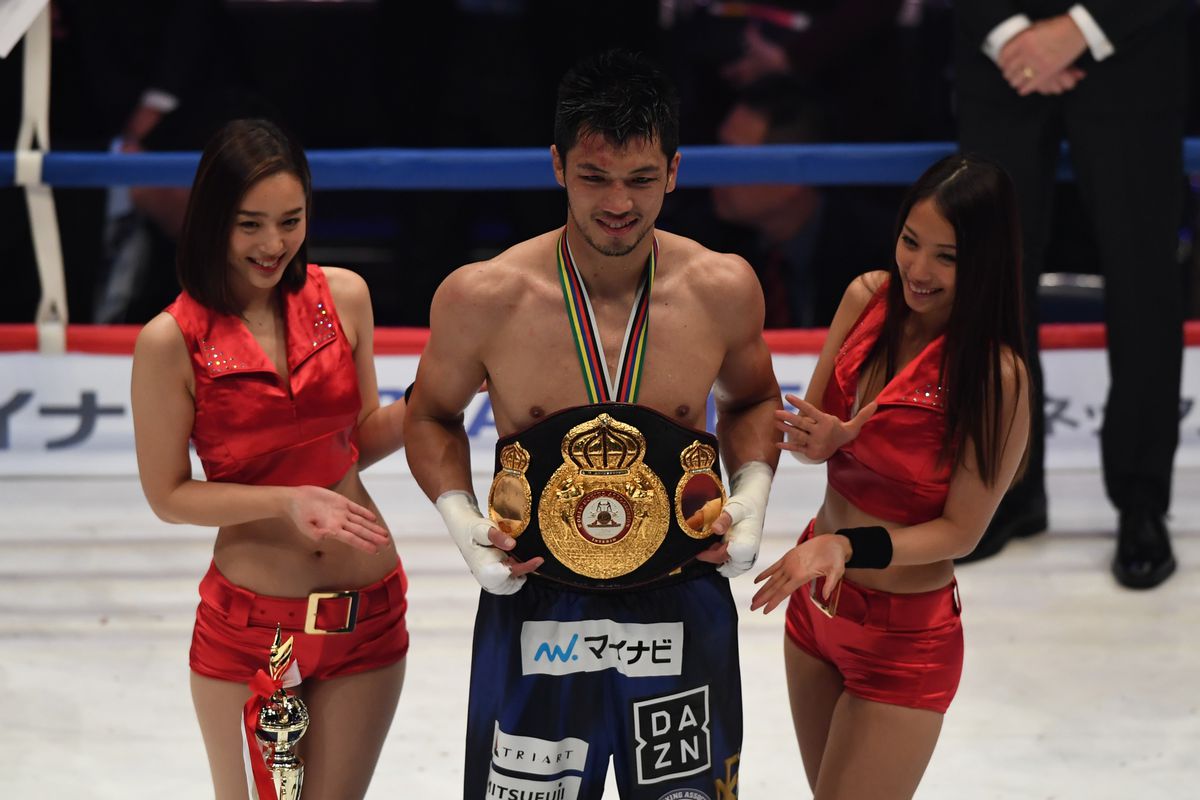 Erislandy Lara- Lara and BJS have been avoided for their styles and the skills. So go fight each other. Lara had called out GGG for years, which means he was willing to go up to 160. Unlike GGG, BJS is not a knockout artist on the hunt. Lara wouldn’t have to worry about facing a seek and destroy knockout artist and massively big puncher when jumping up to 160. This would be high-speed artistry between two of the most skilled fighters in the sport. Lara has been ordered a rematch with Hurd, but Swift seems to have no interest in making the rematch. If that fight cant be made a high-speed chess match with Saunders would be intriguing and allow Lara to potentially become a two-division champion and it would give BJS an elite name on his resume

Gary O’Sullivan- According to an ESPN report, Spike had an opportunity to fight GGG on Cinco de Mayo on very short notice.  He turned the opportunity down and we dont get on fighters for not wanting to take a career-defining fight on very short notice. Get your full training camp and come in at 100%. as fight fans that’s what we should want, two fighters fighting at their absolute best. Spike was also rumored to be Canelo’s come back opponent, which would have been a bigger payday that GGG, so GGG was worth passing on. However, the Canelo fight obviously didn’t work out. With all of the other top middleweights busy, a rematch with BJS would make sense for both fighters. O’Sullivan seems to be getting better with every performance and is garnering much attention. BJS would be extremely confident in taking this fight as he has already dominated Spike. The fight would sell really well in the UK and would do well in the ratings for HBO. O’Sullivan last fought Berlin Abreu for a rumored $40 grand, this would be a massive pay raise. It would allow BJS to stay busy and collect another payday while giving us a fight with some intrigue. 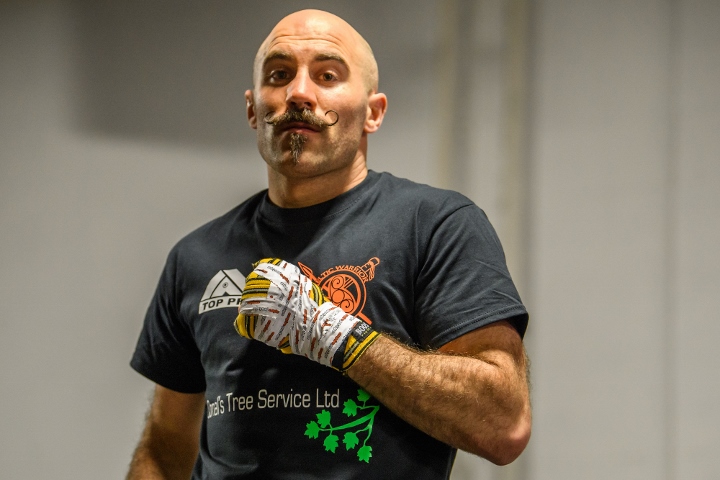 Jason Quigley- Quigley is starting to draw a bit of a fan base in New York City, where he is now based, especially amongst his Irish brethren. He has put together some decent names including Glenn Tapia, Marchristopher Adkins, and James De la Rosa. At 27, Quigley is no longer a future prospect he is hitting the prime of his career and needs to step up his level of competition. A fight with Saunders would certainly be just that. A fight with Irish Quigley would be an event at Maidson Square Garden that could probably be held in the big room it would get BJS a decent payday and it would put his skills on display for a much bigger and possible unification bout (should he capture the IBF) with New Yorker Daniel Jacobs in 2019 in the same building.