The Fight Doctor is back after a brief hiatus. Three more predictions for this weekend, We aren’t predicting Tyson Fury’s fight against the #2 ranked cruiserweight in Albania. You can self-diagnose that one. 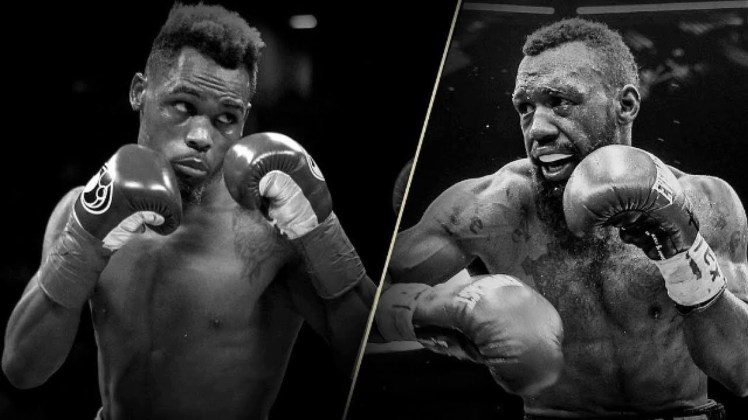 Jermell Charlo is on quite a roll and has put together a tremendous knockout streak since he began facing world class opposition. Since taking a close decision over a game Vanes Martirosyan and having his punching power drawn into question by boxing pundits and fans across the land, the younger smaller Charlo brother has knocked out Joakim Alcine, John Jackson, Charles Hatley and the Erickson Lubin knockout that took mere seconds. The power of the younger Charlo is no longer questioned and neither is any other part of his offensive game. There is nothing not to like about Jermell’s offensive attack he is as complete an offensive fighter along with his brother as this is in the sport at the moment

Austin Trout said this is a career-defining fight. He is right, after the losses to Jermall Charlo, a very competitive fight and a stoppage loss to Jarrett Hurd.  A fight Trout was outboxing Hurd early but was to easily drawn out of his gameplan and into a slugfest with the giant Hurd. Despite beating the legendary Miguel Cotto, Trout has always operated just outside the most elite fighters in the world and kind of viewed as a B+ fighter. In addition to losing to Charlo and Hurd, he also lost to Lara in a lopsided decision and dropped a razor close decision to Canelo, 3DBoxing scored for Trout 114-113. It was a one or two point fight in the eyes of everyone except for the Judges. Judge Stanley Christodoulou absolutely embarrassed himself and the sport with his 118-109 card in favor of Canelo.  One of the 10 worst cards of all time. Trout is a highly skilled fighter and has the ability to give anyone life and death.

Charlo is a sizeable favorite and really no one is giving  No Doubt Trout a real chance. In the early going Trout will look like anything but an underdog outboxing out-jabbing the younger Charlo twin. Taking most of the first four rounds off his jab and move tactics. By the middle rounds, Charlo begins to get inside and wear down Trout, working his body and landing lead power shots and turning the chess match, which he was losing in the early stanzas into more of a phone booth fight. By round nine Charlo is really wearing down Trout, who tries to get back off of on his back foot and is back to jabbing beautifully but is slowing down and Charlo begins to land at will. The last few rounds is Trout trying to avoid Charlo’s offense and Charlo working on the inside. As the bell sounds to end the 12th it’s a competitive and close fight it appears that Trout won some rounds with his jab but it appears he didn’t quite do enough. Charlo landed the harder shots. Going to the scorecards:

Leo Santa Cruz has been on the verge of breaking out on pound for pound lists and on the verge of being the next great featherweight. He has a mini Antonio Margarito non stop pressure offensive fan friendly kinda style. He owns a clear decision victory of Mares. Since then has beaten Kiko Martinez, and has split razor close decisions with Carl Frampton and blew out Chris Avalos. Santa Cruz also has victories over Eric Morel and Cristian Mijares at lower weight classes.

Abner Mares has looked sensational in his last two fights, dominating and knocking down Cellular and then dismantling Andres Gutierrez. Prior to these two career rejuvenating performances Mares was considered a shot or used up fighter. After being knocked out in one round by Johnny Gonzalez and followed that disastrous loss with a less than impressive points victory over Jonathan Oquendo, a much lower level fighter. Mares a California native is also a fan-friendly offensive fighter who likes to mix it up. Mares has some pretty good scalps on his resume as well including Joseph Agbeko, Vic Darchinyan, and Daniel Ponce De Leon.

This fight is going to be a constant battle of Santa Cruz’s punch output and his long reaching jab against the inside work and timing of Mares. Santa Cruz takes an early lead on the scorecards with his pressure fighting. As the fight progresses Mares is doing good work on the inside and is landing the harder more effective power shots and outworking him on the inside. As the fight reaches the final three rounds or so Mares perhaps still behind on the scorecards is timing the jab of a slowing Santa Cruz perfectly and gets to the inside and really begins to hurt Santa Cruz. Who is really slowing down and his output is decreasing drastically, allowing the smaller Mares to get to the inside. Mares scores dramatic knockdowns in the 11th and 12th. Santa Cruz beats the count courageously.  However, the points lead that Santa Cruz accumulated early has disappeared and the rounds he won on output won’t be enough to carry him to another victory. Going to the cards it’s a unanimous decision 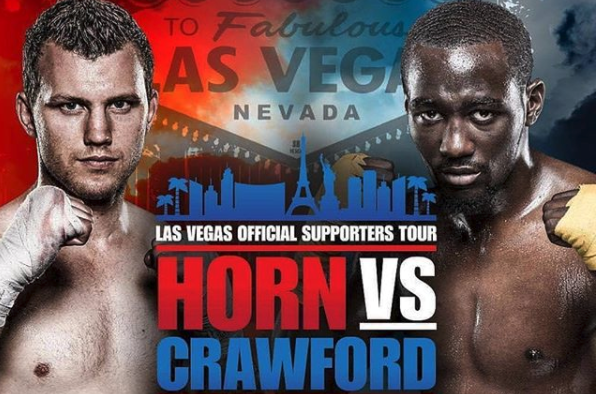 Jeff Horn is the current WBO champion and holds a victory over Manny Pacquiao, and color it any way you want it was a razor close decision (3DBoxing score it for Pacquiao 115-112) that could have gone either way. He defeated a Manny Pacquiao who had dismantled two top 10 welterweights in the year prior. Destroying future hall of famer Tim Bradley and annihilating Jessie Vargas. Pacquiao was not a shot fighter entering the Horn fight and Horn beat him. There are worse decisions by a mile than the Horn-Pacquiao decision. Horn is a massively strong 147-pounder who walked Pac Man back punished him every time he landed and made him highly uncomfortable and eventually wore down the older man in the Australian afternoon sun. He will have to try and use his size and strength advantage over Crawford as well. As he is again at a major skill and athleticism disadvantage.

Terence Crawford is the best fighter on earth, let me repeat that to the GGG, Loma, and Canelo fans. Terence Crawford is the best fighter on earth. He has run buck shot through two divisions and is now going for gold in his third weight class. Crawford won’t be a massive 147-pounder like Horn but won’t be a small welterweight either and with the horsehair gloves that Bud is wearing his punching power will be just fine as he moves up. There is nothing that can be criticized about Crawford’s skills or his resume, often criticized for being wobbled by Gamboa, is like saying well Judah hurt Floyd!  If that’s all you have against a guy,  he’s pretty dang good. Especially, considering the talent Bud has run through.

Horn is a fastball pitcher, he doesn’t have to sit down and deliver the right hand. Horn has the most dangerous single weapon in this fight. However, Bud has a way better arsenal. TBud is a complete offensive fighter, two-fisted power, can switch back and forth between conventional and the southpaw stance at will, he has excellent speed and power he is also a  tremendous body puncher. He is a hard-hitting technician who is defensively very responsible. This will be a fight even though it won’t be very close on the scorecards. Horn is going to make Bud work, he’s going to push Bud around make him uncomfortable and make him fight for three minutes of every round. He will land the right hand here and there and may even take a few rounds early. But, Bud is too much he will outland, outwork and outclass the tough Australian. The Austrailian keeps walking forward and taking the best Bud has to offer but cant really every hurt Bud or get him in serious trouble. The skills and Bud’s love of punishing his opponent will land him a wide but very hard fought decision. Going to the scorecards: