Just when it looked like one of if not the most loaded division in boxing had hit a snag and the Canelo/GGG rematch had hit a snag and our chance at a huge mega fight had passed up by and we were going to have to settle for a Canelo Vs Spike O’Sullivan fight in September and a GGG match-up with possibly Ryota Murata or best case Sergiy Derevyanchenko. Things just got real in a hurry. Major 160-pound news is in the making, two super fights in the division are now on the table. World Boxing Council President Mauricio Sulaiman has cautioned middleweight champion, Gennady Golovkin (38-0-1, 34 KOs), that if he doesn’t fight Canelo Alvarez in a rematch in September, he will have to make a mandatory defense against WBC interim-champion Jermall Charlo (27-0, 21KOs). Also, since the failed negotiations left Canelo without an opponent, it was widely assumed we would get a lackluster Canelo Vs O’Sullivan fight on Mexican Independence Day, so the news of heavy negotiations between Canelo and red-hot WBO titleist, Billy Joe Saunders came as a pleasant surprise for fight fans. 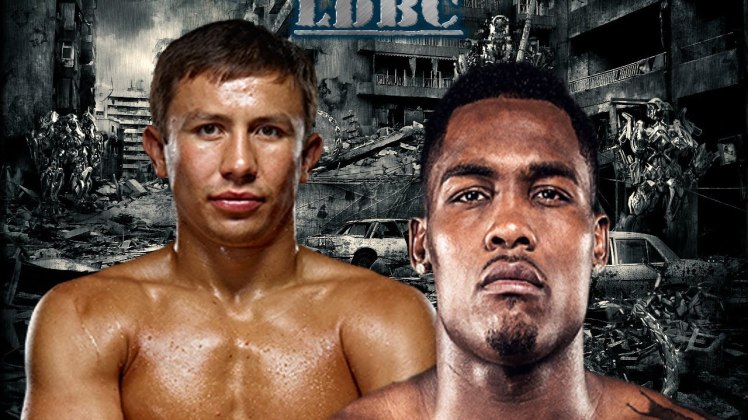 In the last few days, the negotiations for a Canelo-GGG rematch have fallen apart like a bad stucco job. Canelo is holding strong to a 65-35 split, while Golovkin wants a 50-50 split. They seem to be a ways off and Oscar De La Hoya has taken to Twitter a few times on behalf of Golden Boy and Canelo saying they are moving on. Insert WBC President Mauricio Sulliman assuring that GGG wasn’t going to get another cherry, either way if he doesn’t get Canelo he is going to have to deal with interim-Champ Jarmall Charlo. The young lion would be an incredible test for GGG and if Charlo is successful in defeating the long reigning middleweight champ we would have a brand new face of American boxing. We ranked the elder Charlo twin as the #1 fighter to take the torch from Floyd Mayweather as the next huge American PPV attraction, a win over Golovkin on PPV would make him a huge star and would set up a huge PPV event with Canelo, hopefully in Texas, Charlo’s home state and Canelo’s home away from home. If Canelo is successful in capturing the WBO crown from BJS.

Canelo Alvarez is their biggest draw in the sports period! He can fight whomever he wants and the public will by it and he will get paid. The failed drug tests, we believe will have little to no impact on his PPV sales and purses. He’s Golden Boy’s golden boy and can dictate his own terms. Which is why many thoughts after the GGG negotiations fell apart we were going to get stuck with an easier fight, a bit of a tune-up coming in off of a suspension and what will be a 12-month layoff. So the rumored and confirmed negotiations with WBO Champ Billy Joe Saunders was a pleasant shock. First, because a Canelo/BJS fight is way better than a Canelo/O’Sullivan fight and because of its a stylistic nightmare for Canelo. Canelo as shown with Lara and with Trout and with Floyd of course really struggles with fighters who fight off the back foot. Canelo has consistently not looked good when he had to be the aggressor. He will have to be the aggressor with Saunders. Saunders is a highly skilled technician who would consistently make Canelo follow him around the rung and miss, it would be a tough fight for Canelo to win. However, this is Golden Boy’s golden boy, so we know Oscar will have at least one judge in his back pocket, he always does in every big Canelo fight.

There has been a love affair with boxing fans and the WBSS tournaments. Two more tournaments are being planned in red-hot divisions. While there is no official tournament in the 160-pound division. A GGG/Charlo & Canelo/BJS fight would, in essence, be a middleweight final four. Perfectly matching up the winners to meet up for the undisputed middleweight crown early in 2019.