Since the rise of Pay-Per-View boxing, there has been a seamless passing of the American PPV King torch. Mike Tyson held the crowd from its conception until he became largely irrelevant and the torch was picked up by the Golden Boy Oscar De La Hoya. Oscar held that crown for several years until literally losing it to Floyd Mayweather Jr in 2007 who held up until his ridiculous fight against an unnamed Irishmen who had zero professional fights. Floyd took the PPV king title to all new levels making hundreds of millions of dollars for a nights work. Mayweather is retiring and he isn’t going to enter a boxing ring again as a fighter. Its time to move on and we need another PPV star to carry that torch into the future. However, there are barely any American fighters who can do 1million-plus live views on cable, much less do a million plus PPV buys. So who is the next PPV star, who is going to carry the torch? We analyze the seven best options to be the next American PPV star. 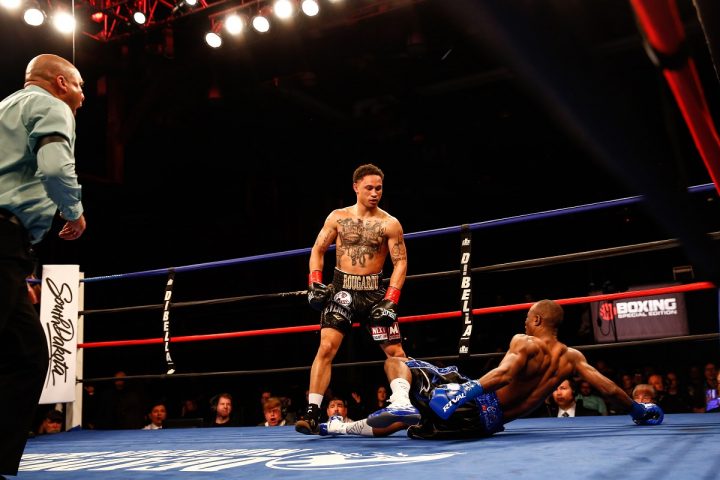 Regis Prograis- This one is going to be tough even though all of the intangibles are there. Prograis is already 29 and has never held a major world title. So he will have to get moving! Prograis sports a perfect record of 21-0 (18), his power is real and it is scary. He has the type of naturally gifted one-punch power that makes head turns. As he has drastically picked up his level of competition he took his power with him. Knocking out undefeated Joel Diaz Jr and former unified 140-pound champ Julius Indongo. Each world-class opponent was stopped in just two rounds. Prograis had a highlight reel type knockout over Indongo, which is the front-runner for knockout of the year and made faster work of Indongo then did Pound for Pound King Terence Crawford. Prograis has the power and the gift of gab, he fights in a talented division and if he can run a prolonged knockout streak there and then move up to 147.  He can become a mega PPV star. But, at 29 he will have to get moving.

Terence Crawford- He should have this crown already. He is the pound for pound king and pretty darn close to the perfect fighter. Bud is now fighting in his third weight class. He is the quintessential boxer-puncher who looks to punish his opponent and pushes for the knockout. He destroyed Gamboa at 135 and everyone at 140, he is scheduled to fight Jeff Horn for the 147 pound WBO strap. If he can get that he will be in line for another PPV fight with perhaps Manny Pacquiao should he be successful in taking Lucas Matthysse’s version of the WBO. The drawback, Bud is already 30, had an absolute bust of a PPV against Viktor Postol in a 140-pound unification fight that only sold about 50k PPV buys. He is also not out in the media, in the leadup to the Indongo fight on ESPN, he turned down an interview because he wasn’t required to do it. Bud, this ain’t the super bowl and you ain’t Marshawn Lynch. If you get a media opportunity on ESPN take it, get your name and face out there. Your skills sell themselves. He is also from a small city, Omaha Nebraska, it isn’t exactly known for putting out superstar fighters and not exactly a huge market. The biggest problem is that Bud’s promoter Bob Arum doesn’t seem all too interested in promoting him, why? We have no idea. But it may be best for Bud to fight Horn, fight Pac then leave Arum and take on some of the PBC fighters like Garcia, Spence, Porter, and Thurman if he ever fights again. 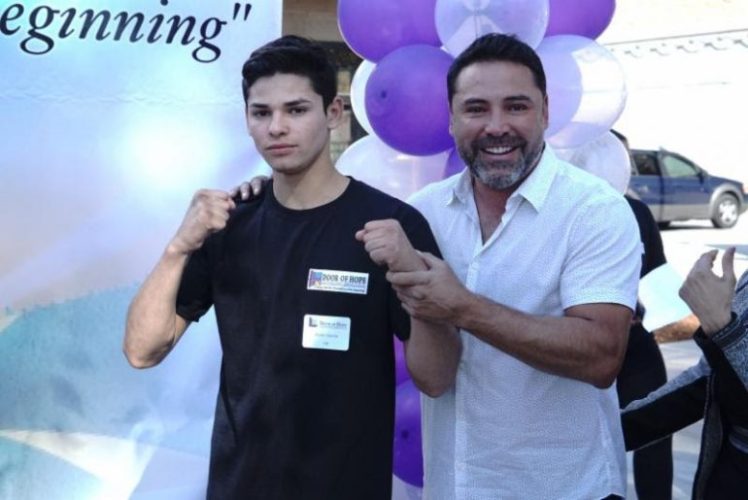 Ryan Garcia – Golden Boy’s teenage protege has the power and the spunk to be a megastar. he sports a perfect record of 15-0 (13) and a million dollar smile. Garcia is of Mexican descent and has the ability to be a crossover star with the Mexican American community, as well draw female viewers with his movie star looks. He is already a social media star with almost a million Instagram followers. His drawback is he may be a bit overrated. He looked completely underwhelming in his step up fight against Jayson Velez, He took a tough 10 round decision over the former title challenger but was exposed in doing so. He is only 19 and who knows what weight class he will fill out into but as of now, he isn’t ready for prime time. The good news Garcia’s with Golden Boy so he always has one judge in his pocket. 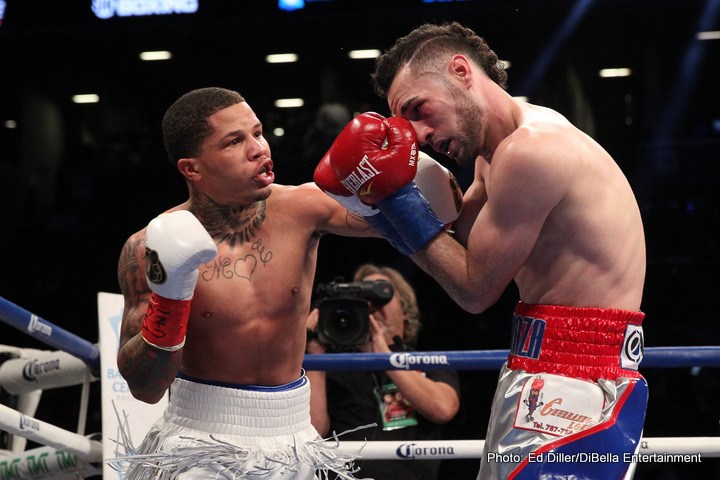 Gervonta Davis- Tank had a tumultuous 2017, he went 3-0 (3) against three undefeated fighters. He went from somewhat unknown prospect to superstar and the future by May of 2017, by August of that year, following his knockout of undefeated Fransico Fonseca, he was a bum, a bust, lazy and overrated and the next AB. Quite a drop off in the public eye all of which was completely over reactionary and unnecessary for a then 22-year-old kid. Tank has the amazing power and skill to be a PPV star he also has Floyd Mayweather to help shape him into a PPV star. Floyd knows a thing or two about that. If Tank can secure a fight with Lomachenko, that could be a PPV fight. If he can win that fight the sky is the limit. He can fight whomever he wants at 130-135 on his terms. The only drawback is Tank is only 5’5 so going above 135 is going to be really tough. He just doesn’t really have the height to go up to 140 or 147 where many of the major PPV fights will take place. However, Lomachenko, Mikey Garcia could both be PPV fights and perhaps years down the road prospects like Ryan Garcia & Shakur Stevenson could be potential opponents. We really haven’t seen a major US PPV attraction at 130-135 but Tank has a unique ability and Floyd behind him helping to mold him 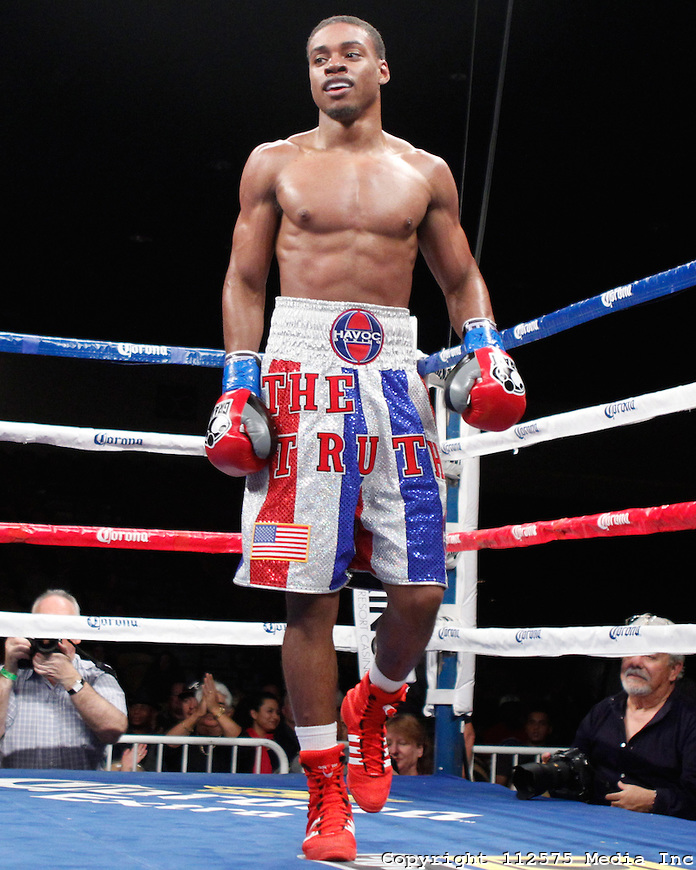 Errol Spence- The future is all right in front of Spence. He is in a loaded division, a fan favorite, a US Olympian with a fan-friendly style, he is made out of the same stuff as Captain America’s shield and he is an overall nice guy. Spence is a beast no question about it. He fights in the glamorous division that has been home to mega PPV fights and stars. There are names that he can do PPV fights with. If Thurman ever comes back that can immediately go on PPV a fight with Swift Garcia could go on PPV as well, if Garcia is successful against Porter which is a really big if. A fight with Bud Crawford is perhaps the best fight that can be made in the entire sport and would be a 50/50 fight that fight might best be left to marinate for a bit. It would grow tremendously if Spence can beat Ocampo in his homecoming as well as the winner of Garcia/Porter and Bud can beat Horn and Pacquiao. This could be a major PPV attraction in 2019 and the winner easily taking the crown of the face of American boxing and the PPV King. 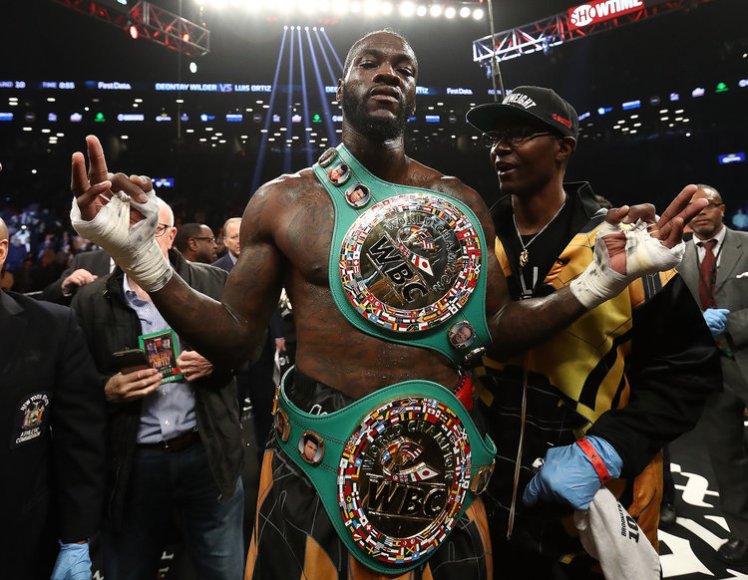 Deontay Wilder- The undefeated heavyweight champion of the world. How is he not already a PPV star? Well as of right now Wilder has sold as many PPVs as I have, which is zero. He does, however, draw over a million live views for each of his fights and has knocked out everyman he has faced. The Bronze Bomber has held the green belt since 2015 and is a perfect 40-0 (39), He is trying his hardest to secure a unification scrap with AJ, which we do believe will take place before the end of the year, but is a long way from being signed at this moment. If Wilder beats AJ, he will be a PPV attraction. Period. His $1.5 million dollar paydays will be $15 million paydays. He would have a full plate of fights lined up, an AJ rematch would be obvious and another huge payday. Additionally fights with Bellew, Tyson Fury, Hughie Fury, Big Baby Miller and a fight with the winner of the  WBSS Cruiserweight tournament who will be undisputed. Whether that be Usyk or Briedis it would be an interesting and dangerous fight for Wilder. Wilder’s drawback is, this is all dependent upon beating AJ, a fight that he would not be favored in. And despite the fact that it comes with a $50 million guarantee, AJ and Eddie Hearn seem to be avoiding it like the plague. We do however think it will get made. If Wilder wins the fight,  that’s a completely different question and he will be 33, at the time it does happen. 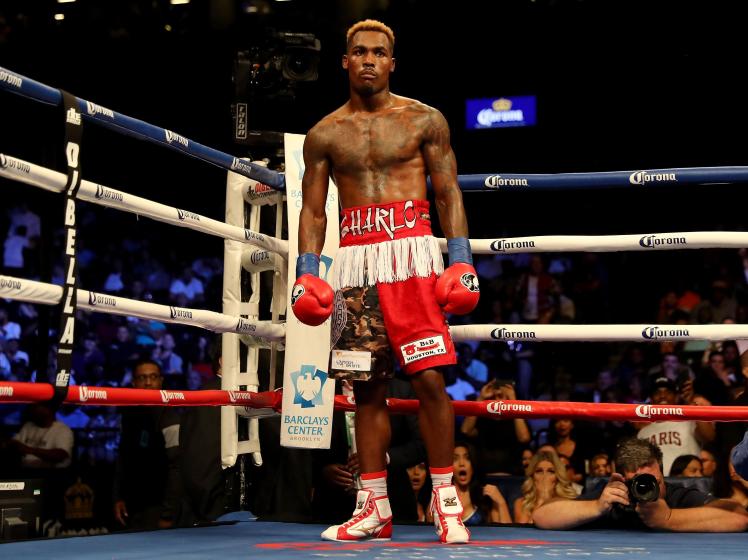 Jermall Charlo- Yes! Really! Charlo has it all! Unbelievable boxing skills, excellent power a fan friendly style and a willingness to fight anyone. Charlo ain’t afraid to stir the pot or let his hands go. He comes from the great state of Texas. If there is anything Texans love its other Texans. Houston his hometown is the nations 4th largest city and Texas, with a population of almost 30 million, in and of itself is enough to drive his PPV sales to 1 million plus. He has an identical twin brother who is a killer at 154, who can be co-featured on all of his cards and they can all be sold as doubleheaders. The reason that Jermall is number one and not his brother, is Jermall is already at middleweight which is loaded with superstars, and he is already the mandatory challenger for GGG’s WBC middleweight strap.  A fight that would be on PPV and should he be successful would make him a major PPV star.  This would set up the next logical opponent. Canelo, a fight that itself would do 1+ million PPV’s at a minimum. Sell that fight in Houston or Dallas were Canelo has already down major ticket sales in, match him up with a legit Texas fighter and you got gold. Not to mention, stylistically, that fight is a can’t miss. An all-action drag ’em out kinda scrap. Combining all of this with the Charlo’s ability to talk and sell themselves Jermall is on a clear path to being a PPV star. “Keep Runnin Ya Mouth”.