When Gennady Golovkin finished off Vanes Martirosyan, even in as impressive and thunderous a fashion as he did it in, very few were impressed and it did nothing to build his legacy. GGG won his first world title albeit an interim strap back in 2010 in Panama City against a fighter named Milton Nunez, who no one ever heard of and for good reason. Prior to his interim-title fight, fought to a draw with a fighter who had a 2-9 record. Nunez is still active and has compiled a record of 35-19-1 and most recently was stopped by a Texas-based fighter named Samuel Clarkson. Golovkin went on to make a record-tying amount of defenses of his middleweight strap and doing so against mostly B level fighters or worse. The middleweight champ put together an impressive knockout streak over the likes of  Kassim Ouma, Makoto Fuchigami, Grzegorz Proksa, Osumanu Adama, Marco Antonio Rubio and others. Not exactly murderers row. 2017  was by far, hands down the best name on G’s resume was Kell Brook, a welterweight. In 2017, GGG turned 35 and perhaps saw his career coming to an end in the relative near future and didn’t want the reputation of cherry picking and drastically picked up the level of competition.

2017 was the turning of a new leaf for GGG, first taking on Danny Jacobs in March of that year and earning a very tight and controversial decision.  In September he put his titles on the line against Canelo Alvarez in a mega fight which ended in a hotly debated draw. Meaning, if you are like us and you had Jacobs winning, which at least 50% if not more of the viewers did, that means his best victories are against a little dude two weight classes smaller, Matthew Macklin and fellow hype job David Lemieux. Honestly, not exactly a Hall of Fame resume. Especially considering he ducked fights with Sergio Martinez back in 2012-2013 and more recently with Andre Ward and Peter Quillian.

At 3DBoxing we have stated several times that we place 0% of the blame on Gennady for the Martirosyan fight, he signed to take a mega-fight with Canelo, a fight that must pundits/experts were picking Canelo. Canelo got busted cheating. Meaning not the lion share of the blame but all of the blame for the GGG/Martirosyan fight is on Canelo. However, GGG who is looking to cement his legacy did nothing to help that cause by beating Vanes. The problem is it’s getting really late for GGG and the middleweight division is not cooperating. Below are the five acceptable opponents that GGG could face next and the biggest problem is we don’t think he will win any of them. Meaning his career will end with Macklin and Lemieux as his best wins.
1.Billy Joe Saunders -WBO Champ
2.Danny Jacobs- WBA mandatory
3.Jermall Charlo- WBC Mandatory
4.Sergiy Derevyanchenko-IBF Mandatory
5.Canelo Alvarez- Rematch
Billy Joe Saunders- Unifocations take precedence and this is the only one left for GGG. unfortunately, This is a stylistic nightmare for him, and for that reason its a fight that he half ducked when BJS  agreed to all of GGG’s demands and terms including fighting in Kazakhstan, in a fight that he said was his dream fight, to unify all of the middleweight straps. GGG opted not to go through with it. Golovkin seems to be deteriorating a bit and his best days seem to be behind him. The exact opposite is true for Billy Joe, who looks to get better every time out. 2017 was an excellent year for Superb Saunders, in first schooling Willie Monroe and then embarrassing David Lemieux. Superb posses excellent footwork and ability to maintain range, he would be able to keep GGG at the distance and beat him to the punch while being strong enough to tie up the aggressive Golovkin when he did get on the inside. G doesn’t seem to possess the legs to be able to cut the ring off on a fighter like BJS and that would spell disaster for him as BJS would pile up the points peppering GGG with the jab and avoiding his heavy artillery.

Danny Jacobs- Is the WBA mandatory and has arguably (in the eyes of many) already beaten the unbeaten Golivkin. Jacobs has earned a return bout in fighting Golovkin the first time in a 50/50 kinda fight and then staying active and running off a few more one-sided wins. This is the one fight that we would give GGG  a near 50% of winning. Jacobs looked human in his last two fights and may have fought the fight of his life in their first outing. Jacobs posses the skill and athleticism to outbox the unified champ which he showed in the first fight. The problem is he likes to exchange a little too much and although Jacobs has good power, he doesn’t possess the chin or the awesome power that GGG has in spades. If Andre Rozier can get Jacobs to stick to the game plan, Jacobs can get revenge and take a UD if he wants to trade and gets too brave for his own good Golovkin will repeat.

Jermall Charlo- Is the mandatory for the WBC strap and the interim title holder. He looked sensational in destroying Hugo Centeno Jr last month. He clearly has the power to catch the respect of GGG as he showed in the Centeno fight but also by knocking out Jorge Sebastian Heiland and JRock. Charlo also showed the skills in outboxing Austin Trout at 154. Charlo may very well be the future of the division and the next great middleweight. At 6’0 he is noticeably taller than Golovkin and, he is noticeably quicker and more athletic. He is also more skilled and has an extraordinarily high ring IQ. Charlo could outbox and out move GGG or beat him on the inside by beating him to the punch. For GGG this could be an entertaining fight but a pick your poison type of fight.

Sergiy Derevyanchenko- The IBF mandatory is the sleeper of the weight class and has all of the skills to make the division that much more interesting and the ability to spoil plans for everyone. He doesn’t possess the name or fan base as the other top names in the division but certainly could thrive in the sleeper role.  Derevyanchenko who is known as “The Technician” is just that, in addition to the flawless boxing skills he poses really good pop and is freakishly and surprisingly strong for a 160-pounder. Golovkin or any of the names on this list would be a major league jump up for “The Technician” whos best win is against Tureano Johnson, would be a prohibitive underdog in betting circles. But, could outbox GGG for days and with his strength on the inside could stand his ground and muscle up with GGG.

Canelo-Rematch/Grudge match. Canelo is the biggest draw in the sport, the cash cow and has arguably beaten GGG (3DBoxing scored 116-112 Canelo) Canelo showed the legs and skills needed to beat GGG. Although, lots of questions will circle Canelo in regards to his failed Clenbuterol test. Clenbuterol allowed Canelo to shed weight while maintaining lean muscle and it opens up his lungs to breathe better and maintain stamina. The drug seems perfectly designed for Canelo who needs to now cut a ton of weight to get down to 160 and has had gas tank issues in the past. However, Canelo is still just 27 and entering his prime. GGG is 36 and loses a little something each fight. So fast-forward a year since their “draw” Canelo would have gotten a year stronger a year better entering his physical prime and GGG would have gotten a year older a year more shopworn. Not a great formula for overcoming a draw. 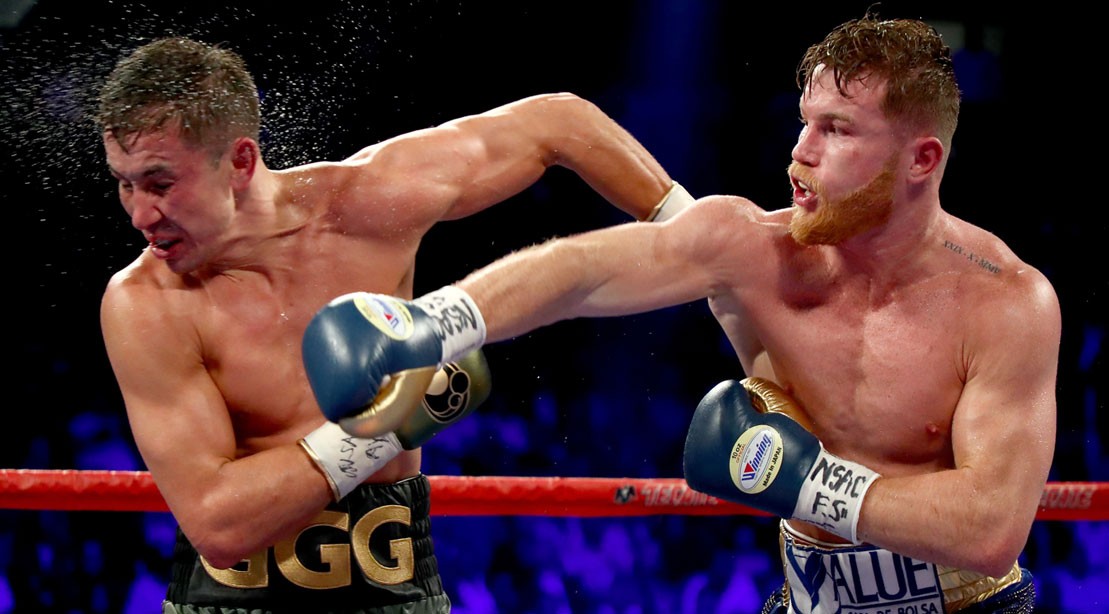 Has the time run out on GGG to build his legacy and leave his mark on the sport and division? Did Golovkin spend all of his prime years building the hype? Whether it was HBO’s decision or GGG/Abel Sanchez decision or that of his promotional outfit K2, to take tune-up after tune-up and layup after layup instead of challenging for greatness is irrelevant at this point. GGG has now decided to go for greatness, it appears, but father time is undefeated. Is it too late?