Lomachenko has had just 11 professional fights and has already squared off with many elite fighters. On May 12th he is going to take a different kind of challenge. He is stepping up in weight and taking on a naturally bigger man in WBA lightweight Champ  Jorge Linares. Many are looking at Linares as Hi Tech’s toughest opponent.  Linares has cracked the pound for pound list of many and is on a 13-fight winning streak and has put together some solid victories over the likes of Kevin Mitchell, Anthony Crolla, and Luke Campbell. Those are solid fighters but nothing approaching the level of Vasyl Lomachenko who is currently ranked number two on 3DBoxing’s P4P list. Lomachenko is still a big betting favorite.

Linares will enter the ring the noticeably taller and longer man. Lineras is 2 inches taller and has a 4-inch reach advantage over the short-armed challenger. That will be the last advantage that Linares will have. Every round will look pretty much the same after the feeling out process of the first round. Linares who isn’t used to being the slower fighter in the ring cannot adjust and is constantly beaten to the punch by Loma, who constantly jabs his way in and lands three and four punch combinations before pivoting and getting out of the way. Round after round the punch stats get more and more one-sided. Loma is landing at will and the right side of the champ’s face is swelling badly by the middle rounds. Linares resorts to survival mode and has the speed and agility to last the distance but loses nearly every round in the process. Going to the scorecards Loma takes a wide UD by scores of 120-108, 119-109 and 116-112.

The 154-Pound division is one of the most interesting and competitive in the sport of boxing and the former Olympian and current WBO titleholder finds himself right in the thick of the division. Ali secured the world title in a weight class he doesn’t seem to naturally belong in, by shocking and ruining  Miguel Cotto’s swan song at MSG. Ali is an excellent boxer with all the tangibles, excellent skill, excellent armature background, excellent speed and decent enough snap on his punches. His first title defense will come against Jaime Munguia who is mostly known for not getting a fight against GGG on Cinco de Mayo where he was supposed to fill in for Canelo but that opportunity was shot down by the commission. So he gets this shot, a better, more winnable fight instead. Mungia is just 21 and sports a perfect record of 28-0 with 24 wins by stoppage. He has already fought twice this year against two decent journeymen in Jose Carlos Paz and Johnny Navarrete winning both fights via third-round stoppage. Ali represents a major league step up for Munguia. 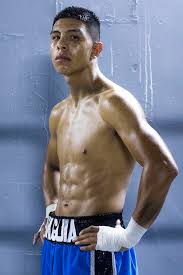 A young champs first title shot is supposed to be a gimme and in the early going that’s what this will look like. Ali is scoring early and often and winning with his jab, footwork, and speed while he takes the first three or four founds Mungia is leaning on him and landing with his left to Ali’s body. By around the fifth, the champ begins to slow down and Munguia walks him down and starts to score to the head and body. Backing Ali into the ropes and the scorecards begin to tighten as Munguia takes many of the middle rounds. By round 10 Ali still holds a narrow lead on the cards but is the worse for wear and early in the round Munguia lands a left hook that staggers the WBO champ and a follow up right hand that puts Ali down.  Ali gets to his feet at the count of eight but is clearly on unstable legs and is trying to stay away and tie up when Munguia closes the distance. Ali is trying to make it through the round but there is way to much time left and Munguia lands a devastating left hook to Ali’s midsection that sends him down for the 10 count.

Munguia via 10th round KO