At 3DBoxing we said before and we will say it again if you are upset about the Cinco de Mayo fight don’t blame GGG. The Golovkin/ Martirosyan fight is completely the fault of Canelo and no one else.

Martirosyan is a relatively late replacement for Canelo Alvarez who withdrew from the fight after two failed drug tests that ultimately led to his suspension. Martirosyan is a solid professional who has been in the ring with talented 154-pound fighters like Erislandy Lara (twice), Demetrius Andrade and Jermell Charlo. Coming up short against every truly top level fighter he has been in the wrong. However, he does score solid wins over the likes of Ishe Smith, Joe Greene, and Willie Nelson.

GGG hasn’t won a fight in well over a year and even at that it was a highly controversial decision over Jacobs that at least 50% of the public thinks he lost, before that he beat a welterweight, so its actually been just over two years since he clearly beat someone (Dominic Wade) who wasn’t two weight classes smaller than him. Most consider Golovkin to be on the downside of his career but he still hits like a wrecking ball with a granite chin. 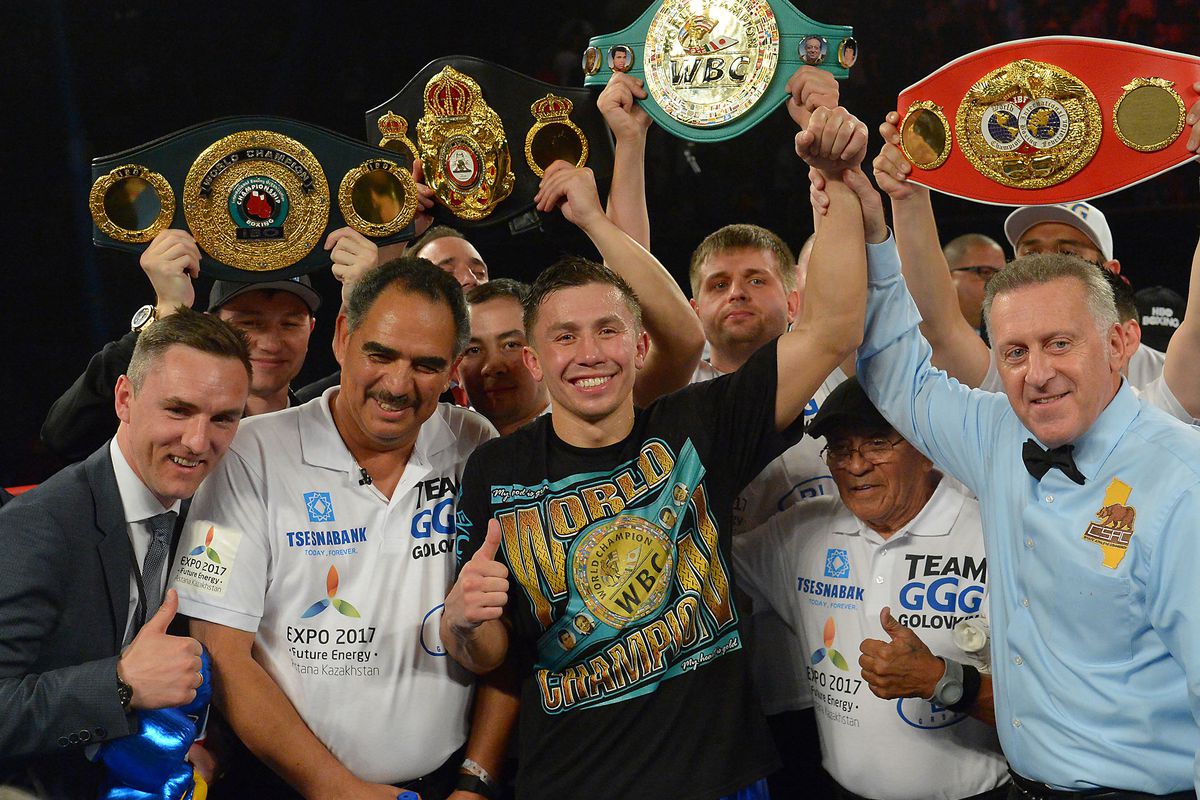 Martirosyan will be competitive in this fight. The first two rounds are a feeling out process, as the challenger attempts to shake the two years of ring rust off. It’s a pretty uneventful exchange of jabs with GGG trying to track his foe down. After two rounds Lampley and the HBO cheerleading crew have Golovkin up 2-0 but the fight is mainly even and uneventful. By, the third Martirosyan begins to score with a few combinations on the inside and tying up the champ nullifying his strength and power advantage on the inside. The hand speed advantage is noticeable as Martirosyan is scoring and outsmarting Golovkin in spots. After the fifth its clear that the challenger is going to make a fight of this. However, he begins to slow and GGG begins to land to the body and drops Martirosyan halfway through the 6th with a left hook to the body right hand to the head combo. Martirosyan gets back up to his feet and survives the round and the assault from the wrecking ball that is GGG, but just barely. GGG starts the 7th by jabbing his way in and Martirosyan tried to move and tie up but GGG is successful in cutting off the ring and keeping his hands flying pummeling the undersized challenger against the ropes and dropping him for good a minute or so into the seventh.

It’s been 14 months since these two last squared off and there’s been nothing in-between for these two blown up cruiserweights meeting up again as heavyweights.
Tony Bellew will enter the 02 Arena again as an underdog against David Haye as he attempts to prove his 11th-round TKO last year was no fluke. Haymaker was ahead on the cards in the first fight before he suffered the Achilles injury. He bravely fought on but was clearly damaged goods. Bellew boxed well enough seizing on his compromised opponent.

Bellew is slicker than most defensively, especially when it comes to the bigger weight classes. However, he was being outboxed by Haye early in the first fight. The edge in power is clearly in Haye’s favor, but you have to consider the potential psychological edge Bellew may enjoy after having stopped his rival in the first meeting.

It will be a constant grind with Bellew trying to out slick and outbox Haye. But, this is mostly to no avail as Haye outlands and scores cleanly every time the two get close. Bellew boxers well at times but is never really able to put it together and is never really able to consistently defend against Haye’s right hand. The right hands that began to sell up the left side of Bellew’s face. The damage and the one-sidedness of the fight leave Bellew in survival mode for the last three or four rounds. On the back foot and being able to tie Haye up whenever the two get close. Bellew is able to survive and last the 12 rounds. Haye takes a UD 118-110 and 119-109 X2.