The last time we saw Amir Khan in the ring he was boxing beautifully against Canelo Alvarez through 4 rounds until he got hit on the chin and Canelo put him to sleep. Which was nearly two years ago. There aren’t many questions about Amir Khans skill set, he has blazing hand speed a quick snapping jab good enough power and excellent footwork and fundamentals. There is no arguing what his biggest drawback is and that’s a chin that cracks like an egg. 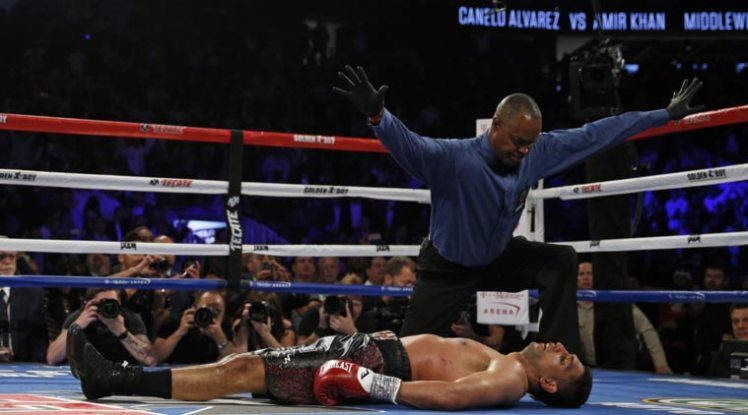 At his best Amir Khan is a sensational boxer with a first-class skill set. He had been a professional for 12 years and has walked into the ring 35 times. He has never been outboxed. Putting the Breidis Prescott knockout asides which ended before it started. Khan was outboxing Canelo every round he was outboxing Swift Garcia every round and then he got hit flush and was unable to respond. Khan gave a boxing lesson to a prime Paulie Malignaggi he schooled both Devon Alexander and Luis Collazo 12 rounds to none. He destroyed Judah and Salita and escaped with a clear-cut victory against Maidana, a pretty good resume. However, his resume is missing a pound for pound name an all-time great name that completely elevates his status to superstar level. 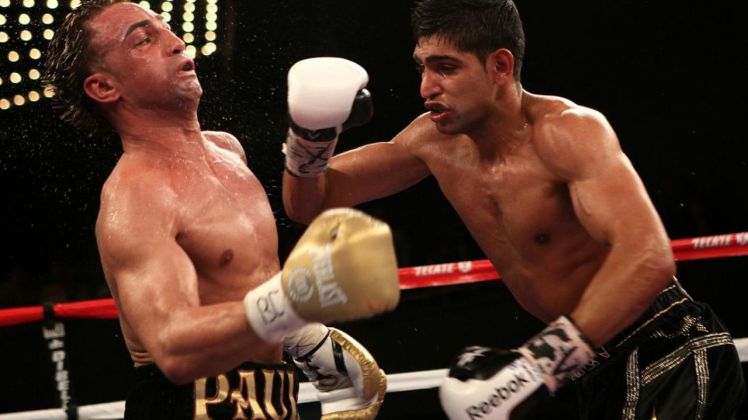 Khan tried in vain to get mega fights with Floyd Mayweather and Manny Pacquiao. He was oh so close to making fights with each legend. Back in 2014, Floyd Mayweather put a poll on his website on who he should fight next Amir Khan or Marcos Maidana. Khan won the poll handily but Floyd opted for Chino and was faced with criticism, as Khan won the poll and clearly already beaten Maidana. However, Maidana did much better than expected and put up quite a scrap against Mayweather, some in the media even scored the fight for Maidana. Khan got even closer to a fight with Pacquiao, a fight that was agreed on confirmed and set for April 23, 2017, in the United Arab Emirates when it fell apart after $38 million from an investment group turned out to be fake. 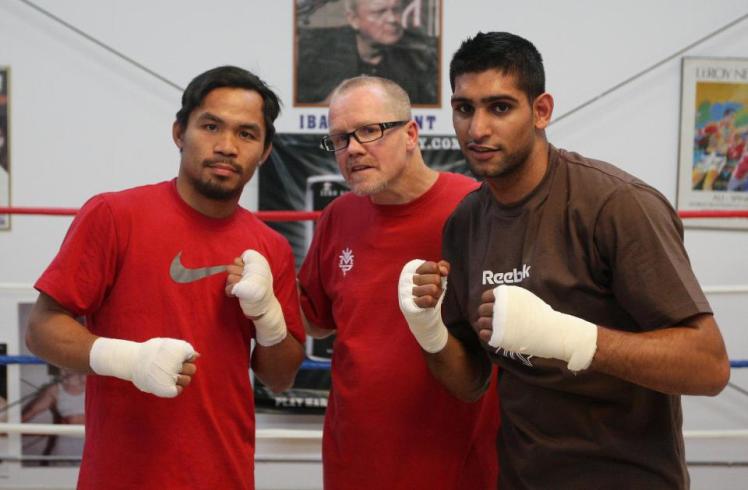 So Khan didn’t get that fight the career-defining victory and didn’t make any fight in 2017. Having been out of the ring Khan is ready to give it another shot and has had his name linked to many fighters and signed with the hottest promoter in the game right now Eddie Hearn. Amir Khan’s comeback opponent for April 21 is yet to be decided by him and his team, but he says he has five notable fighters that he wants to face during his comeback.

Here is Khan’s top 5 list, according to Sky Sports:

Kell Brook- This is the most likely to happen. Both fighters are from the UK both fighters are with Eddie Hearn both fighters want the fight both fighters are completely confident they can win and it would be a huge payday for both fighter. The only issue would be weight, Brook is committed to fighting at 154 and Khan is aimed at cleaning up 147. This would probably be made at some catch weight 152 perhaps?

Manny Pacquiao- A fight that Khan has been obsessed with for years. Pacquiao’s formal stablemate for years, he certainly knows Pacquiao has sparred with him and spent much time with him. Not sure if this fight has the same luster it had years ago, but it would be a good scrap. Khan could potentially outbox Pac but can his chin survive?

Terence Crawford- This would be an extremely difficult fight for Khan we will find out if King Khan is actually interested in fighting the #1 Pound for Pound fighter in the world. It would be a matchup that would feature two extraordinarily talented fighters. Khan has never been outboxed but he’s never fought someone as good as TBud

Errol Spence Jr- Khans a better pure boxer and would have to implement the same strategy or similar strategy as Kell Brook who was outboxing Spence for 5 or 6 rounds, he would only have to better execute it and keep Spence off of him, if Spence does get to him it will be night-night Khan.

Keith Thurman- This is interesting and at 3DBoxing we think this is the best fight at 147 for Khan. Stylistically he’s a better boxer, his jab is much better than “One Times” his hand speed is better than Thurman. Thurman would have to go back to trying to knock out Khan a style Thurman has gone away from in recent fights as “One Time” has no longer been one time and is now more of Keith “Close Decision Time” Thurman and Khan is exceptionally hard to win rounds against.

None of these fights are likely to happen next. Hearn will want to get Khan confident and get him a “W” also will not want to put him in the ring with a big puncher first in coming off such a devastating knockout. We know that Hearn likes to bring his guys back slow as he is doing with Danny Jacobs and Kell Brook. Hearn also likes to make the mega fights linger and the anticipation builds as he is doing with AJ and the Wilder fight. Khan has claimed he is going to clean out the 147-pound division. The world will have to wait for Khan to really step up against the likes of one of those top 5 guys as he is likely to fight someone like Bradley Skeete a name from the UK who poses not much of a threat to knock him out.