The Mecca of boxing is now just days away from hosting the biggest fight of the year. If not the the biggest fight of the past few years. Pound for pound more import than Canelo and G. Rigo moving up to fight Loma represents two of the top four fighters on our pound for pound list and pretty much everyone’s top 5. This hasn’t happened since Mayweather/Pacquiao and we all remember the hype and anticipation for that one. There’s no comparing this fight to that one of course. However this one is better in certain ways, its a 50/50 fight Mayweather/Pac was not, Pacquiao had little to no shot to solving Pacquiao. This fight has two highly intelligent and skilled fighters trying to solve each other and out think each other that very well could determine the new #1 pound for pound fighter in the world. May/Pac was on PPV and cost 100 bucks. This is free on ESPN, and available to everyone. The casual fan, the fan that isn’t that invested or can’t afford the $100 can watch this fight and enjoy the sport at it’s absolutely highest level. This fight is going to be ultra competitive with lots of adjustments and chess moves from both fighters. Where once Mayweather basically figured out Pacman that was that. 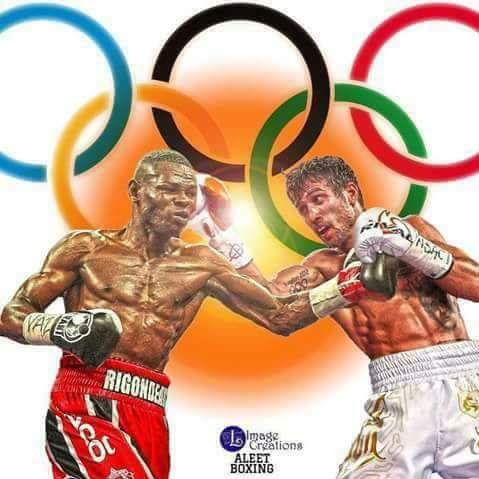 So the biggest fight of the year, with two top five fighters who are a stylistic dream come true in a can’t miss fight on basic cable fighting in the Mecca of boxing which is already completely sold out. The hype and the television promotion must be non stop right? Especially from ESPN who is televising the fight right? Wrong! Dead Wrong! There wasn’t so much as a press conference! I haven’t seen a single ESPN interview with either fighter on Sportscenter or SC6 or on First Take or whatever. I haven’s seen “El Chacal” make any appearance yet on ESPN Deportes. Old Uncle Bob Arum hasn’t gone on Mike and Mike in the Morning and said that Lomachenko is the best fighter since Ali like he did prior to his last fight against Miguel Marriaga who is a couple tiers below and was more of a show case fight for Vasyl. I haven’t even seen a billboard for the fight near Penn Station or the Garden, someone correct me If I am wrong about that. Whats the deal with this? 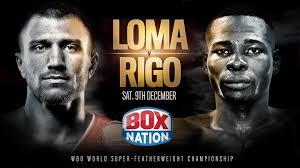 Native New Yorker, Paulie Malignaggi commented that since the venue is already sold out Arum sees zero point in promoting it anymore. He can’t sell not one more ticket. OK, what about big picture wise? The winner may very well be viewed as the P4P best, don’t you want to put this fight in front of as many eyes as possible? Don’t you want to be so much hype for this fight that the average fan thinks the winner of this fight did something sensational. Don’t you want as many eyes in front of their television screens tuned into this fight on December 9th that the winner is a cross over star and can become a PPV attraction? Malignaggi also commented that the average “moron” won’t appreciate what he is seeing that the average moron who doesn’t understand boxing like Dan Rafeal won’t understand all that is going on in the ring and will complain about the fight. While I agree with that to a degree. What I disagree with is that they will think its a boring fight, I think casual fans will enjoy it, its going to be a heck of high speed chess match/fist fight. Although, they may not get all of the intricacies, they are going to enjoy the ultra competitiveness and adjustments that both sides are making. The hand speed and footwork of both fighters. What make a fight boring is holding not counter shots and defensive moves. There isn’t going to be a lot of holding in this fight that’s neither fighters style.

ESPN could easily sell this fight and promote this fight. You have arguably two of if not the greatest amateur boxers of out lifetime how about ESPN putting on a 30 for 30 documenting each fighters rise from the amateurs to winning multiple gold medals to becoming world champions and pound for pound elites. Or how about an ESPN short or 30 for 30 on the Journey of Guillermo Rigondeaux who has a real interesting escapee from Cuba , in July of 2007, Rigondeaux and teammate Erislandy Lara failed to appear for their scheduled bouts at the PAN-AM Games in Brazil. It was initially announced that Rigondeaux was to turn professional, joining fellow 2004 Cuban Olympians Odlanier Solis, Yuriorkis Gamboa and Yan Barthelemy, who defected earlier in 2007. However, on August 2, Rigondeaux and Lara were taken into police custody in Brazil and returned home to Cuba. Fidel Castro stated that Rigondeaux and Lara could not box again for the Cuban team. In February 2009, Rigondeaux defected again via Mexico City to Miami. And doubling down with a similar documentary on Vasyl Lomacehnko growing up in the war torn nation of The Ukraine and how boxing was a childhood escape from the war that became the norm is his historic childhood city of Bilhorod-Dnistrovsky.

Teddy Atlas always a master of the analogy compared this fight to Edison and Tesla in a lab mixing it up in lab coats and beakers trying to figure each other out. This is a special fight, that because of a feud that Arum is having with HBO, the casual boxing fan is the winner. The guy that doesn’t watch boxing but a couple times a year and doesn’t have HBO or Showtime because its no longer needed because of the way tv can be viewed and streamed and only has basic cable can tune into this fight and catch something that is truly special. He can witness the sport executed at its absolute highest level. Think of the intensity that other sports have in basketball the final two minutes and the adjustments each teams make, the 9th inning of a tied baseball game, the pitchers shaking off the catcher and all the managerial adjustments and shifts. A final two minute drill of a football game in a one possession game with a QB calling audible after audible at the line in a no huddle offense and the defense trying to adjust and readjust and the QB readjusting to the defenses adjustments. That’s when the game is it’s must entertaining and fan friendly. This is what we have on Saturday, December 9th for 12 consecutive rounds with no substitutions, no timeouts and no one to pass the ball to. Just two of the greatest fighters in the world putting it all on the line in a high a dangerous high speed chess match.