There is as much talent in the top-heavy Welterweight division as there has been in years, they are simply refusing to fight each other and fight altogether. All of them seemed to be in a standstill and reluctant to fight each other. They will all sign to fight Jeff Horn tomorrow (except) for Pacquiao but no one will dare step in the ring with each either.

Keith Thurman who holds the WBA & WBC who has fought just once in 18 months announced to the WBC that he will be returning in January ’18. “One-Time” has become known as “once upon a time” as a result of fighting just once in 2016 and 2017. Thurman who took an extended break while recovering from a fall with puppy love and a highly questionable injury. Thurman has been in no rush to sign rematches with either Swift Garcia or Showtime Porter, who Thurman was awarded close decisions over in each of his last two fights. As a matter of fact, he waited for both of them to have official dates before he announced his plans to fight again.  He was then called out by Terence Crawford who recently unified all four straps at 140 and made the announcement that he was going to 147 and wanted Thurman right away. That fight will certainly not happen as Thurman will probably opt for the likes of Bradley Skeete or a completely pointless rematch with Luis Collazo. 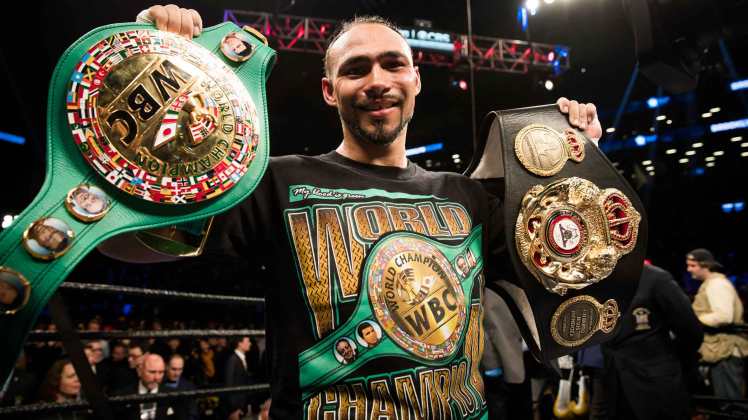 It’s not just Thurman who is avoiding tough fights.  Apparently, the entire welterweight division is in Floyd Mayweather territory and can hand-select opponents and still do a million PPV sales. This is clearly not the case.  Errol Spence who has accused of Thurman and Swift and others of ducking him makes a good point except he clearly just ducked Terence Crawford as well. When asked about a possible showdown with Bud, Spence said “If Tbud want a fight got beat Horn for his title. Then you can see me other than that fighting him would be pointless to me”.  Note to Spence Crawford has a title, the pound for pound title. Spence who has been avoided and ducked returned the favor and ducked Crawford in his first opportunity to accept a challenge since becoming the IBF champ. This is a fight that could bolster the winner to a different stratosphere. A fight the boxing world desperately wants and the opportunity to be the face of the weight class and boxing, as the winner of such a hot mega fight would carry all the luster in the world. But instead, Spence will most likely opt for a dance with Lamont Peterson, not a terrible fight but not something fight fans are going to go nuts for like they would for a Crawford/Spence fight.

Swift Garcia has not fought since his SD loss to Thurman back in March and has continued his cherry picking. Swift has avoided Shawn Porter like the plague and also avoided the rumors of a Spence fight. Swift has built himself quite a reputation of hand selecting opponents, has said he is haunted by his only loss, instead of pushing Thurman to rematch right away, Garcia has all but signed to fight Brandon Rios for no apparent reason.

Shawn Porter pulled out of a fight with Thomas Dulorme and has signed to fight Adrian Granados who is coming off of a loss. Porter looked sensational in his last fight in destroying Andre Berto. Could have made a mega fight with any of the current titleist opted for fighting Granados with a record of (18-5-2) is not exactly a world beater.

Lost in the midst of all this is Manny Pacquiao, who started this trend last year when he and Bud couldn’t work out a mega fight which would have acted as somewhat of a changing of the guard if went as expected and Bud dethroned Pac man. Bud, the b-side and the better, younger, fighter should have made the fight on Pac’s term and cashed in on a rematch with Pac, or simply cashed in on his Pound for Pound status and being the man who dethroned Pac and the new  kingpin at 147 moving forward instead the two bickered over money, the fight got deep-sixed, Crawford took smaller fights and Pac went on to destroy Vargas and then lost a controversial decision to Horn. Pac could still make a huge dollar fight with any of the top welterweights but he wouldn’t fight Bud, he ducked a rematch with Horn and is seemingly looking only for a fight you cant lose and at this point of his career, I don’t know who that is? 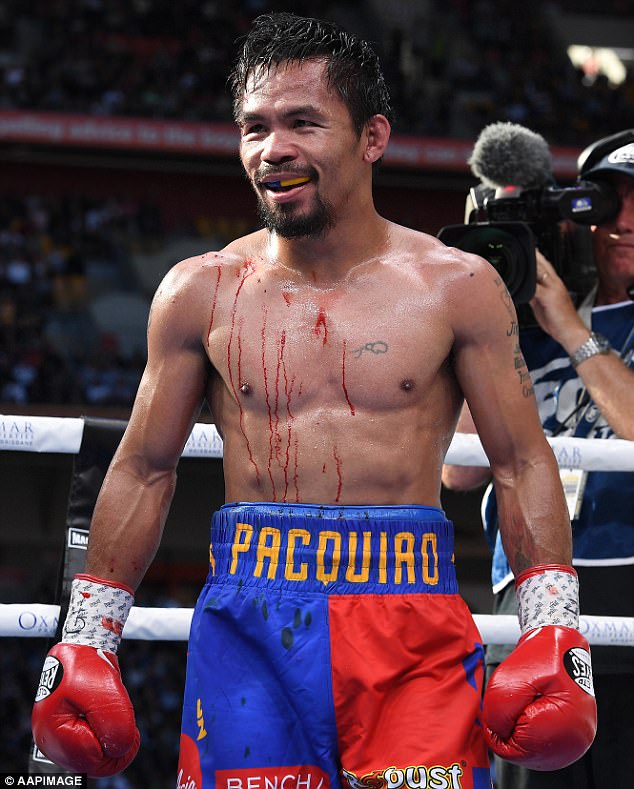 None of these welterweights stand alone. There isn’t a single cash cow among them. There isn’t a fighter who stands above the rest who can do this thing of fighting once a year against hand-selected opponents. You are damaging the prime of your career, your legacy, and your pocket. No one really wants to see any of these fights and by beating these lower level opponents yo do nothing to increase your crossover appeal or drawing power. Can someone in this group please stand up, risk a loss for greatness. Fight each other to earn the title of the best welterweight in the world and replace the retired Mayweather as the face of the sport and the cash cow.

One thought on “Will Any Welterweight Please Stand Up”