I came across a recirculated article on ESPN’s top 25 fighters of the last 25 years. Obviously, ESPN as a network is trash and its coverage of boxing is absolutely horrendous. Boxing has a home on network television it just clearly isn’t ESPN. A simple glance at the list made it all too clear that it was compiled by the same old casuals that the network has used to butcher our sport year after year. Their obvious bias and ignoring of little men are glaring and painful for boxing heads. I took the liberties to go ahead and correct the list for ESPN. Note this is a cumulation of what the fighters have done strictly from 1992-2017 nothing before. Sorry, Tyson fans his career from 1992 on doesn’t put him on the list. On another note being a huge Terry Norris fan, he was originally a no-brainer with a spot on the list until, pulling up his BOXREC and most of his best wins are prior to 1992, meaning the great Terrible Terry Norris and Iron Mike both missed the list. If the list was the top 30 fighters of the last 30 years both fighters would have tanked rather high, but its only from ’92-’17. Also, JCC had many great victories before 1992, those aren’t taken into consideration so he is on the list for what he did post ’92, but his sensational career prior to ’92 isn’t considered for this list which is why he isn’t higher on the list. I am Also working on the ultimate list of top 50 reasons of why I am better than Max Kellerman, I am clearly better than Max Kellerman. 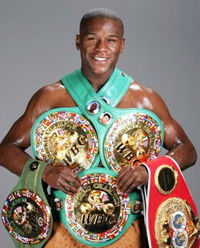