Gervonta “Tank”  Davis is 22, years and up until this past weekend was the IBF 130 pound champ and viewed as a mega prospect and the future face of boxing and the heir apparent to Floyd Mayweather and The Money Team. Then he missed weight and had a list than stellar performance against mostly unknown Fransisco Fonseca. 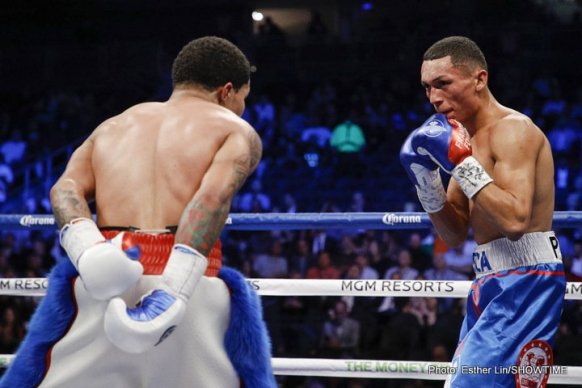 Fonseca, A native of Costa Rica shocked Tank and easily took the first round from the IBF champ. Davis rebounded and took the next two rounds and it looked like business as usual and Davis was on his way to another sensational victory. Fonseca had far different plans and was going to make a scrap out of this. After round four this fight was back to even. The fight seemed to stay even through the seventh. Davis was getting hit with shots, he wasn’t necessarily losing but he may not have been winning either before the knockout happened.  But he was absolutely for the first time is a tussle, and taking a lot of shots we aren’t accustomed to seeing him getting hit with. And he didn’t  really behave like he should have he was getting frustrated, trying to show boat putting his hands behind his back, looking up at the clock over and over and over again. He was getting bothered. On top of that Fonseca maybe a really underrated fighter. He maybe a real pain in the neck for a lot of guys at 130lbs at just 23, Fonseca showed a lot of poise, patience, and skills. I’d really like to him against in an other big fight against a Nicholas Walters or a Jason Sosa I think he could beat either of those guys. Really! In all seriousness, I think Fonseca maybe the best fighter Tank has seen to date. So we may look back on this win in a different light two years from now.
Much has been made about Tank missing weight and his performance Saturday night. Everything from he’s a hype job, he’s lazy, he’s the next Adrien Broner, he intentionally missed weight to lose his belt. The fact is Tank Davis is undefeated is 19-0 with 18 KOs! He is only 22. He has already annihilated A level guys like Jose Pedraza and Liam Walsh in his backyard. Those are better wins than AB has. Tank is extremely talented and can do amazing things, he is extremely athletic, mobile and powerful. He is 22 his body is probably going to get bigger and he is probably going to move up in weight especially if he has had trouble making weight in the past. Just as a reminder, two guys who have missed weight in the past, Mikey Garcia and Floyd Mayweather, are they bums? Did they waste away their talents? Yea, I didn’t think so!

The Truth is Tank is an amazing talent but he still has to develop that talent.  A look at 3DBOXING’s most recent pound for pound list  Pound 4 pound 8/7 would show none of those guys had any of the success Davis has had at such a young age. It will also show that the Jr Lightweight divison has two guys on the pound for pound list. Neither of them ( #5 Vasyl Lomanchenko, #10 Miguel Berchelt) are named Gervanta Davis. Meaning that, he is only the third best fighter in his own weight class and to be honest, fighting Liam Walsh is one thing, Vasyl Lomachenko is quite another. At 22 a fight with Hi-Tech is too early, why not vacate the title, let  Loma fight Rigo, let him fight Berchelt and Mares or Santa Cruz. Then Catch up with him when the fight is most profitable. I think Floyd understands that I know as fans everyone wants to rush Tank’s greatness. But at, 22 there’s no reason to. Bud Crawford and Andre Ward who are considered the best fighters in the world today both only had a handful of wins. Certainly no titles or no noticeable names on the resume. 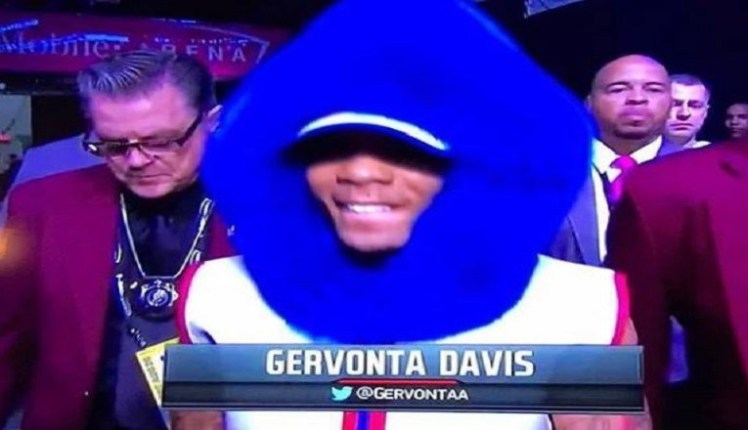 Gervonta Davis a hell of a talent and he’s only 22, and that means several things. He is going to grow in several ways. Hopefully, he grows up mentally, at 22 he is probably going to do stupid things like dress up like Cookie Monster in the ring. If he missed the weight because he didnt feel like draining himself or he wanted to give up the strap that’s a stupid decision. If he lost the belt on the scale because his body simply grew up and got bigger as he is getting older there’s nothing you are going to do about that peoples bodies get bigger as they grow up and he is just becoming a man hes only 22. Perhaps its time for him to move up.  He looks physically stronger than Fonseca and guys like Loma. If  he didnt look good because he didnt put the work and took the Costa Rican challenger for granted that’s a bad decision and hopefully he will not repeat that. However its more likely, we all underestimated how good Fonseca, is  and he probably is the best fighter Tank’s been in with thus far and he confused and frustrated Davis, and Davis wasnt in complete cruise control for the fist time in his career. Tank didn’t respond exactly how you would want but he can grow from that.
The bottom line is hes a tremoundous talent, and he probably won’t be the next coming of Floyd, Mayweather is a once in a generation fighter, but he probably wont be AB, either he will be a dominant champion at 135-147 for the next decade whos name we will see on pound for pound lists for the next 10-12 years but right now hes still a baby and right now that times not right now for him.