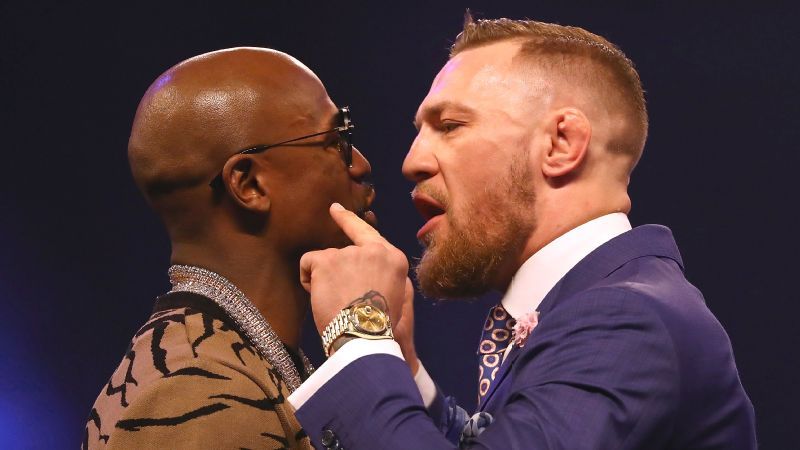 I have never been a big fan of Floyd’s antics his trash talking his “Money Mayweather” persona. I have actually rooted against him in most of his fights. That being said, between Floyd Mayweather and Conor Mcgregor, Floyd’s not that guy. The UFC fan base is a bit low class, and McGregor is their biggest drawer. This is not a knock on all UFC fighters or all of their fans. But their sport looks like human cock fighting and their fan base looks like a combination of a NASCAR rally and a drunken frat house. Floyd has had major press tours for over a decade never have they looked like what took place with Connor Mcgregor who showed up in a profane laced pin striped suit which kicked out of a week long x-rated profane, adults only promotional tour. Never has a Mayweather media tour looked like this, because it wasn’t directed towards his fan base. It was directed towards McGregor’s low-class fan base.

In a recent interview, with ESPN’s Stephen A. Smith Mayweather said that “I just didn’t like when he (McGregor) called us monkeys, I think that was totally disrespect. He called us monkeys.I didn’t like it. It didn’t push a button to make me jump out of my character and go crazy, but I didn’t like it.”
Mayweather has had other big money mega fights with white fighters before, Arturo Gatti and Ricky Hatton Come to mind, never was race an issue. Racial slurs were never thrown around. This is something unique to Mcgregor and his crowd. Paulie Malignaggi also confirmed that UFC champ really wasn’t the highest caliber individual either and didn’t treat sparring partners really well.

Mayweather, the villain who everyone hates could not have handled this any better. He didn’t cry and scream and stamp his feet. He didn’t yell and call McGregor a racist and say how awful a human being he was and demand a public apology and say how damaging and hateful and hurtful his comments were. He simply said I didn’t care for that and I don’t like those comments. Floyd went on to say:
“Like I said before, this stuff still goes on. But I’m strong, I’m smart, patient. And come Aug. 26, I’ll be the same person — smart, strong, patient. And the same way he called us monkeys, we’re gonna see if he say that Aug. 26.”
https://www.youtube.com/watch?v=HFkcT2EEPTg
And I will be the same person too. I’ll be cheerin’ on the good guy. And in this fight that’s Money Mayweather.