Mikey Garcia is coming off a sensational victory over Adrien Broner at Brooklyn’s Barclays Center in one of this years most anticipated fights. It wasn’t a controversial decision it was a one sided beat down of the can-man. Mikey is the quintessential boxer- puncher. He put together all of his skills this past Saturday against AB, he displayed a great snapping jab that consistently beat Broner to the spot, he threw perfect combinations and thudding body shots that took a toll on Broner throughout the contest.  He also outworked Broner on the inside and displayed perfect footwork and balance. The Broner-Garcia fight certainly wasn’t fight of the year but it may have been the performance of the year. Mikey put on an absolute clinic and took his chances to slug when they presented themselves. 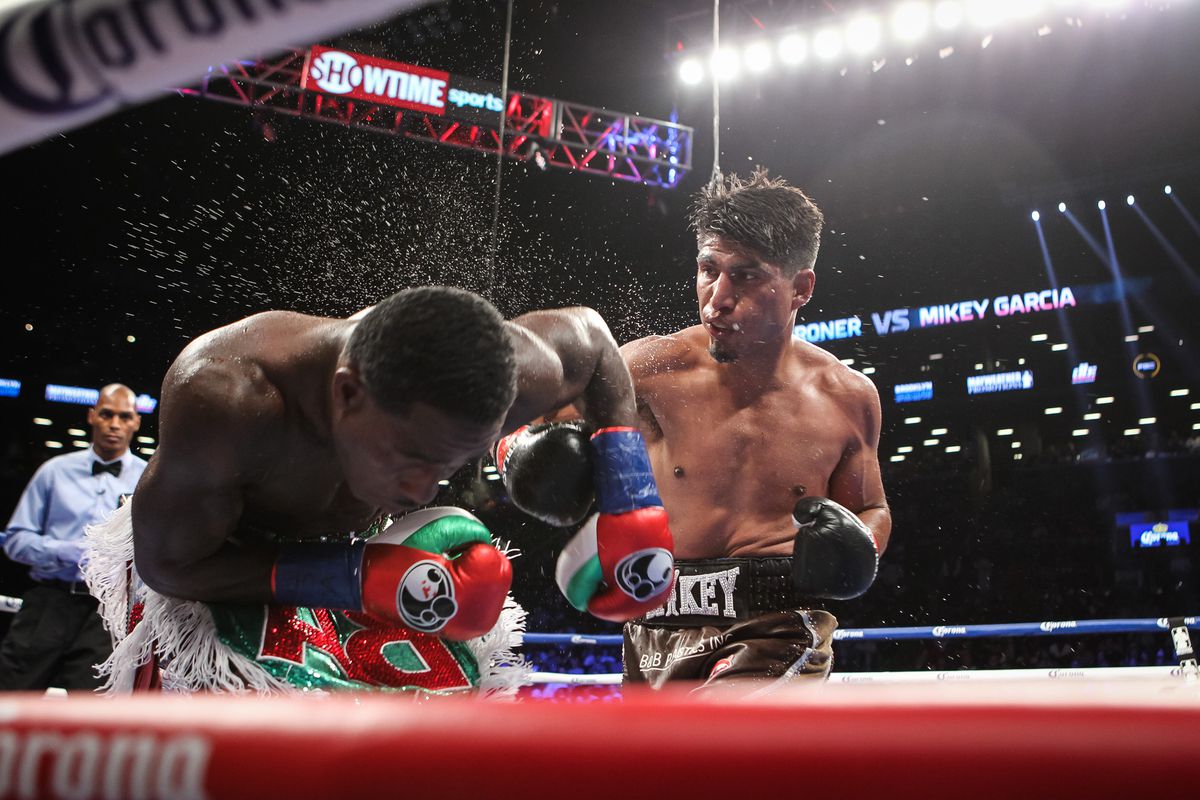 Terence “Bud” Crawford will look to unify all four major straps at 140 pounds this Saturday on ESPN against Julius Indongo. Bud is currently a 10-1 favorite, and this is not a knock on Indongo. The Namibian is more than a quality opponent and a credible champion. Crawford is a step above and may be the best fighter on planet earth at the moment and in the absolute prime of his career. Crawford has absolutely taken apart the best of the best at 140 lbs including Gamboa, Postol, and Felix Diaz. He like Garcia is also the quintessential Boxer-puncher.

Mikey Garcia and Terence Crawford is perhaps the best fight that can be made. Both guys are in the top five pound for pound. After Bud disposes of the formidable Indongo the battle will be for the undisputed 140-pound crown. The fight won’t be a dud like a Mayweather fight. It will be an action fight that could turn into a blood and guts fight. It’s a 50/50 type of a fight.  The naturally bigger Crawford would probably open a slight favorite, 2-1 or less. It’s the best fight in boxing, unfortunately, it’s not the biggest, as a matter of fact, it probably couldn’t sell out a major arena anywhere. Not the MGM Grand in Vegas, not the Staples Center in LA, not the Garden or the Barclays in New York. It couldn’t do a dent in AT&T Stadium in Dallas, Texas.

Mikey is a friendly polite fighter out of Oxnard California, who don’t have name recognition and can’t talk trash or hype a fight. Terence Crawford is out of Omaha Nebraska, a remote small city located literally in the middle of nowhere that isn’t exactly known for producing boxers. Bud is perhaps the worst interview in boxing which is a shame because he might very well be the best boxer in the sport today. Want to measure the cross-over appeal of this fight? Ask your friends who watch a few fights a year if they know either one of these guys. Dollars to donuts they have never heard of either one, and that’s a shame because they are sensational fighters. Television friendly fighters!!!

There’s no financial reward to make this fight. Realistically why would either fighter take this fight? The only reason to make this fight is that Bud and Mikey REALLY want to settle who is the best at 140 lbs that’s it. There’s no other reason. They are only going to make slightly more to make this fight than to take on say a mandatory or mid level opponent. In reality, either Crawford or Garcia could use their pound for pound status take an easier fight against one of the hot shot up and coming prospects in the UK like Jack Catterall or Josh Taylor and make more money taking apart those guys then risking it all against each other. The reality is at this time it doesn’t make dollars or sense for them to make this fight at this time.

Even if they made the fight. The biggest venue they could realistically sell out would be the Pinnacle Bank Arena in  Lincoln, Nebraska. What network would it even air on? Mikey is a promotional free agent, who said he prefers to fight on Showtime.  His fight with Broner peaked at less than 1 million viewers, would the Crawford fight do more than that? Unlikely AB is a bigger name and draw than Crawford is. Bud, is with Arum and Top Rank who traditionally does business with HBO. HBO could probably offer a slightly larger purse but those two parties are currently feuding. So Arum is Moving Crawford’s next fight to ESPN, it will do more viewers because it’s offered to more people on basic cable packages. We are uncertain what the purses are and uncertain if this is a long term marriage for Arum and ESPN. Arum could put on a Top Rank PPV like he loves to do, it would be hard to imagine at $59.99 it does more than 150,000 PPV sales, 100-125k is more likely.

Broner is a bigger more marketable name than Crawford, despite the fact that Bud is levels ahead of AB. Both Mikey and AB received a Million dollar purse for the fight.  It stands to reason that a Crawford/Garcia purse would be less.  So for the BEST fight that can be made in all of boxing. It wouldn’t be able to sell out a 15,000 seat arena, it doesn’t have a major television home and each fighter might not be guaranteed $1 million bucks in a guaranteed FOY caliber fight between two undefeated quintessential picture perfect boxer punchers in the absolute primes of their careers who know how to entertain and  like to punish their opponents and take chances. It’s unfortunate but this risk might not be worth it at this time for either Mikey Garcia or Terence Crawford.