Vicious Victor Ortiz is set to make a comeback on Sunday afternoon at the Rabobank Theater, in Bakersfield, California. Taking on tough and rugged Saul Corral Less than a decade ago there was a wave of 140-147 pounders who were supposed to have an unbelievable combination of power, speed, skill, and charisma. Some had Hollywood good looks and personality as well. All were supposed to meet and up and bring in a new era of Welterweights that would smoothly transition and replace the Pacquiao-Mayweather era.  The only problem is it just didn’t happen.

Victor Ortiz– Vicious turned pro back in June of 2004.  Ortiz lost a bout early in his career via controversial DQ to Corey Alarcon. Ortiz First created a name for himself by knocking out fellow prospect Emmanuel Clottey. Shortly after that suffered a knockout loss to Maidana. He recouped with a draw with Lamont Peterson and his only meaningful win a fight of the year type victory over Andre Berto in 2011, then suffered three straight knockout losses to Mayweather, the smaller Josesito Lopez and Luis Collazo.

Ortiz has made a ton of money inside and outside of the ring.  Despite having only one meaningful win in his entire 13-year career over fellow welterweight bust Andre Berto. Ortiz was supposed to be the knockout artist of the 140-147 pound weight classes. The television friendly power puncher who posed a threat to anyone who could end a fight at any time.  the only problem is his best knockout on his record is over journeyman Mike Arnaoutis. Ortiz has parlayed his limited boxing success into fame outside of the ring, he has been in several Hollywood films including The Expendables 3, SouthPaw and  Once Upon a Time in Venice as well as appearing on Dancing with the Stars and an appearance on the television series Hawaii 5 0.
Amir Khan– Khan qualified for the 2004 Summer Olympics by finishing first at AIBA European 2004 Olympic Qualifying Tournament. He won a silver Medal at the Athens Games and his career took off in spectacular fashion until it didn’t and he met another prospect Colombian puncher Breidis Prescott. Khan teamed up with famed trainer Freddie Roach moved up to 140 and looked to right his wrong. Absolutely destroyed a primed Paulie Malignaggi in his home city.  Ran off wins over Maidana and Judah until being outpointed by Petersen and knocked out by Garcia. Khan seemingly picked up some mediocre wins before being knocked out cold by Canelo.

Khan is the quintessential boxer. He has all the skills the fundamental skills the great jab and tremendous hand speed. Khan has been in the ring with countless great fighters and Petersen is the only one that was able to put rounds in the bank against him. Khan is a nearly impossible guy to win rounds against. He has one major flaw he has a jaw made of the most expensive high-end porcelain China in any 5-star restaurant and there’s really no way to fix it. Despite having amazing hand speed, and the perfect skill set Khan has been a disappointment and doesn’t have a career defining victory.  At the age of 30, he has spent most of his career he has been obsessed with chasing down Mayweather and Pacquiao and was unable to do that and now may have to start over again, with all the huge hitters at 147 may have his work cut out for him.
Devon Alexander-Devon had a sensational armature career. He was a four-time Silver Gloves champion, three-time PAL national champion; 2003 United States national champion in the 19-and-under division; and 2004 US light welterweight national champion. In 2004 at age 17, Alexander made his professional debut.  By, 22 he already had victories over Chop Chop Corley and made Junior Witter quit on his stool. By 23,
he had a sensational knockout victory over the tough, game veteran Juan Urango. HBO seemed to be grooming him for a mega fight with Floyd Mayweather, they signed him to a huge television contract for 2010-2011 coming off of the Urango fight. The Fighter known as Alexander The Great looked to be the perfect combination of power and skill. A highly skilled, defensively responsible fighter that would go for the knockout. His next fight was a mega fight with Tim Bradley. Was supposed to be a barn-burner that would be an action fight that would be a hell of a test that Alexander would pass and set him up for bigger and better things. Except Devon quit, and we saw him ask out of the fight of his life on live TV. Since then he has been anything but “Great” he was gifted a decision over Lucas Matthyse nobody thinks he deserves and has losses to Showtime Porter, Amir Khan, and some dude named Aaron Martinez.

The Martinez loss was almost two years ago for Devon and he hasn’t fought since. Devon is now 30, the luster and hype HBO put behind him 7-8 years ago are completely gone. He would be favored against none of the names at 147, he would need to completely start over again. The skills are there but a new trainer and camp would be absolutely necessary. With Devon, it just seems like the parts are much greater than the sum like he just can’t put it all together.
Andre Berto- Berto was favored to make the 2004 US Olympic Team. Those dreams were dashed in the opening round of the trials when he was disqualified in the first round. Because his parents emigrated from Haiti, Berto was able to keep his Olympic hopes alive, qualifying for Team Haiti, and subsequently granted Haitian citizenship alongside his American nationality, an exception the island country awarded the Olympian. Berto lost in the first-round to Xavier Noel of France. 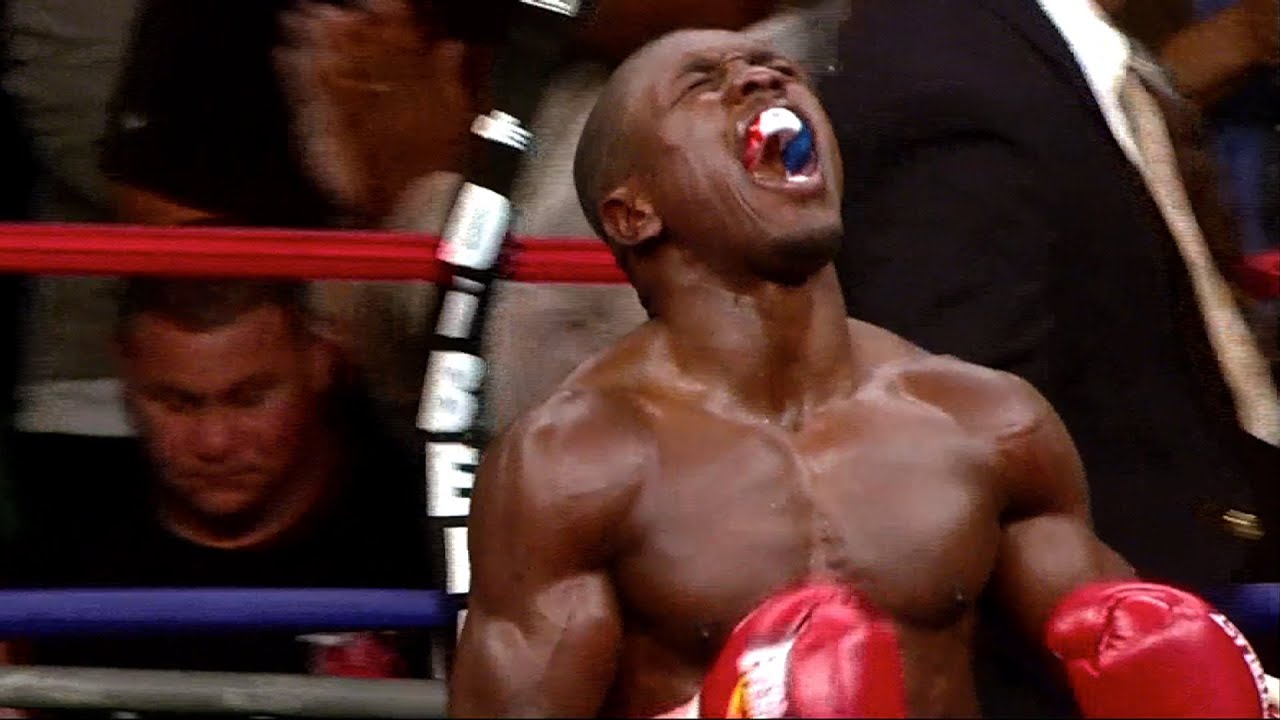 No fighter made me eat more crow than Andre Berto. I thought Berto was the goods, the future of boxing. The perfect combination of skills, swag, good power and perhaps the best hand speed and combinations the welterweight division had seen. Berto turned pro at the age of 21. By, 23 he was taking on world class opponents guys like David Estrada and by the age of 24, he no longer looked like just potential, rather he looked liked he had arrived when he captured the green belt in the loaded Welterweight division by destroying Miguel Angel Rodriguez and running his record to a perfect 22-0 (19). Berto ran off some more sensational knockouts and looked impressive but sloppy at times. He seemingly would fight off the ropes at times and slug and be taken out of his fight for no reason, never was this more obvious than in his slugfest with Victor Ortiz. Where it seemed he could have out moved and out quicked Vicious, but decided to stand and slug with him and lost. He then lost 2 of his next 3 fights to Ghost Guerrero and got stopped by Soto-Karass. Berto also recently suffered more respectable losses to Mayweather and Showtime Porter.

Berto just never seemed to have the discipline to get any better he seemed to have all the tools you would want in a Welterweight. The blazing hand speed, the size, the athleticism, the power, and accuracy, but he just doesn’t seem to respond well. There never seems to be a plan B or C. If he can’t beat you with his pure speed and athleticism he isn’t going to beat you. He doesn’t make in ring adjustments. If you apply pressure and make him uncomfortable he is going to fight your fight which isn’t the fight that he wants. Which is why he loses to guys he should never lose to. At 33, time is pretty much up for Berto, he still has the speed and athleticism to make some fights but he has lost every big fight he has been a part of it. He has a career in boxing it just probably will be outside of the ring.